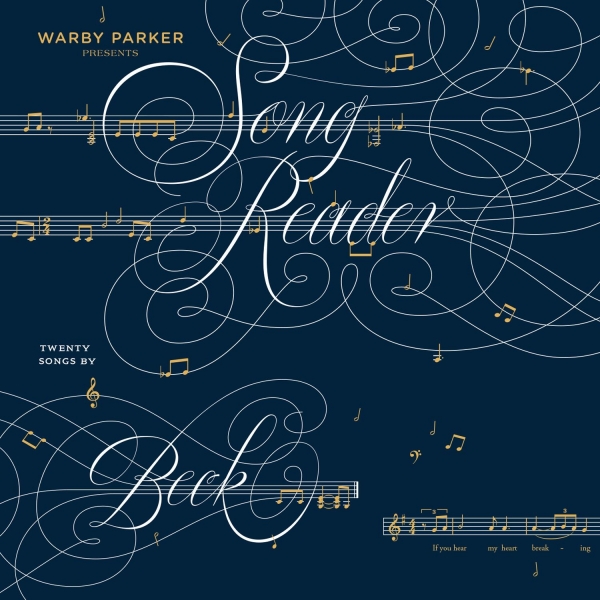 Shortly after Beck released Odelay way back in 1996, a publisher sent him a book of transcribed sheet music for the album. Fans will recognise that Odelay was hardly a record well-suited to the medium, littered with all sorts of sonic mutations and mid-nineties alternative skronk. Beck himself was intrigued by the premise, but dismayed that it represented an abstraction of his intentions. Surely it would be better to just write some songbook songs from scratch?

The idea stuck and the mercurial singer-songwriter eventually kicked off the process in 2004, teaming up with book publisher McSweeney’s and finally delivering a 108-page collection of songs and illustrations eight years later. As an artefact, Song Reader was certainly beautiful, but as a piece of music it was impenetrable for swathes of Beck’s audience - even if the arrangements were pretty straightforward. The whole thing was also ostentatiously presented as a relic of a bygone era, right down to fake period advertisements and allusions to songs from the late 1800s.

Perversely, it was also a forward-thinking concept. In the age of the laptop producer, Soundcloud and the broader dominance of electronic music, artists’ original tracks frequently take a back seat to their myriad remixes. For instance, the Magician’s take on “I Follow Rivers” by Lykke Li boasts 100m plays on YouTube; the original has barely half that. Song Reader simply took this notion to its logical conclusion, entirely doing away with master recordings of its songs and instead inviting interpretation and reinterpretation. In his introduction, Beck implored that the songs be “pulled apart and reshaped” by the reader. It was a celebration of intentional abstraction.

Given the context, these 20 renditions by various artists – including the composer himself – shouldn’t be regarded as definitive. Equally though, given that Beck chose the roster, it’s hard not to be disappointed that the selection on offer here isn’t more adventurous. Sure, there are curveballs, like Jack Black’s turn on the comic Machiavellianism of “We All Wear Cloaks”. Broadly though, from Norah Jones to Eleanor Friedberger and Laura Marling to Loudon Wainwright III, Beck plays it safe.

This matters on two levels. First, the source material is comparatively simple and leaves lots of room for manoeuvre. Second, each artist’s performance cleaves to their own style. So Jarvis Cocker arches an eyebrow and croons his way through the louche synth-pop of “Eyes That Say I Love You” and Sparks ramp up the histrionics on the otherwise underwhelming “Why Did You Make Me Care?”. Beck himself mucks in with “Heaven’s Ladder”, a widescreen pop track very much in the vein of Morning Phase and one that whets the appetite for any further recordings of his (demos for all 20 songs reportedly already exist).

Sure enough, the real successes are invariably the left-field choices. Indie-poppers fun. turn in an arresting, lushly orchestrated performance of heartbroken ballad “Please Leave a Light On When You Go”, albeit marred by some slightly hammy delivery from vocalist Nate Ruess. Experimental guitarist and composer Marc Ribot brings virtuoso clarinet and woozy guitar to jazzy instrumental “Last Polka” and Gabriel Kahane handles closer “Mutilation Rag” in similar fashion. As for Jason Isbell on “Now That Your Dollar Bills Have Sprouted Wings”, well, he just goes wild.

Overall though, this still feels like a missed opportunity; a more inspired roll call of contributors could have pushed Song Reader into essential listening territory. As it is, fans might well get more out of playing these songs than listening to them. Then again, that was always the point.