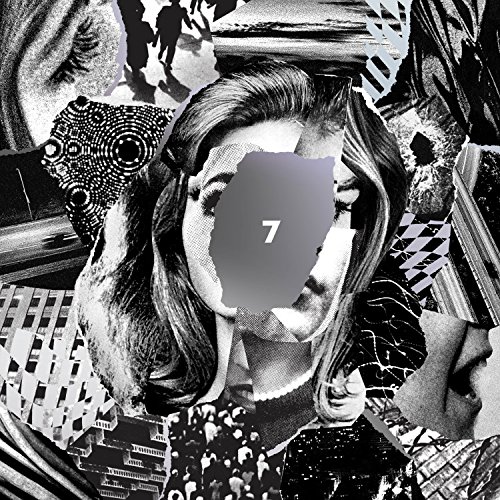 It’s an odd feeling to constantly yearn for something new, that pushes boundaries and breaks moulds, yet comforting in the familiar when it comes to music. It almost feels like you’re betraying your ideals.

And yet, when a new Beach House record comes along, it’s easy to find yourself playing Judas. Pedalling a brand of dreamy soundscapes, since their 2006 self-titled debut, nothing much has changed. Each album has followed a pretty similar path. But even so you still find yourself lost in their shimmeringly narcoleptic worlds.

But why is that? Like Spoon, Beach House have found their formula but have been subtly tweaking away at it for the past 12 years or so. On their seventh album, aptly named 7, the long game has paid dividends, just as it did with Spoon on their most recent album Hot Thoughts. It’s perhaps their biggest departure to date, but very much still with the realms of what we know. It’s more a jaunt to the next town over than it is half way across the world.

They’ve ditched their old recording methods, opted not to call on the services of longtime producer Chris Coady in favour of producing it themselves, and even given their typically dreamy sound a much sharper edge. It’s as much of a reinvention as we’re likely to get from Beach House but even those small steps to the left offer up yet another captivating record.

Take, for instance, opening track “Dark Spring”. The propulsive percussion, droning guitars imitating a wailing siren and Victoria Legrand’s illusive lyrics about the death of far away stars introduce this darker but no less beautiful shift.

The explosion of percussion and guitars after Legrand sings “so I dive to find it”, desperate to reestablish connection, on “Dive” is utterly breathtaking, while “Black Car” opens with a haunting synth line before building to a chorus of ghostly vocals transports us to a mind filled with anxieties duelling with itself.

Of course, there’s plenty that sticks close to the tried and tested formula, such as the Mazzy Star-esque “Lose Your Smile” and the woozy “Pay No Mind”, but each one veers off the path ever so slightly. It’s like adding an extra bit of seasoning to a recipe; the changes are subtle but it helps create something even more refined or emotive.

And emotions are important here. There’s a quote by TV personality Fred Rogers which is often seen the in wake of a tragedy: “When I was a boy and I would see scary things in the news, my mother would say to me, Look for the helpers. You will always find people who are helping.” Inspired by this need to help in the face of chaos, 7 puts the duality of light and dark at its very heart to stunning effect.

It sits in that hard to describe state between love and melancholy, full of hope but also a tinge of fear and worry. It’s captured most powerfully on “Drunk in LA” where Legrand laments “memory’s a sacred meat/that’s drying all the time/on a hillside I remember/I am loving losing life”.

When all put together you find something that attempts to capture the mood of a tumultuous time without being overtly political. Those emotions, the darker tones and the rough-around-the-edges feel married with their glittering poetics reflect this, like a bitter chocolate shell around sweet caramel.

It’s easy to ask yourself whether we even need a new Beach House album because they “all sound the same”. You could just throw Teen Dream, Bloom or Depression Cherry after all. But when you truly let an album like 7 sit with you for a while, it’s a reminder that, even if you’re not noticing the changes, there’s always something new to uncover. 7 might not be their greatest moment (that right is still reserved for the utterly beautiful Teen Dream), but it is their most exciting.

By this point, we really should just stop worrying about when Beach House are going to go stale because it’s still nowhere near happening. It’s still a pleasure to be lost in their world.