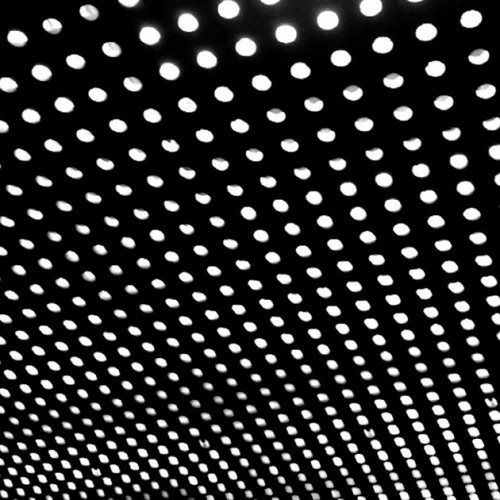 Beach House work steadily, delivering an album every two years like it’s an astronomical event. And their beats are steady, too, never deviating from their strict cardio-logic. The synth organs throb on and the reverb never falters. You know what you are getting with this band, for better and for worse.

“Bloom is meant to be experienced as an ALBUM”, one press release explains. “As a complete work,  transcends the banality of simple emotions and arrives at a realm of honesty and complexity.” Arguably this sentence transcends the banality of sense a bit, but it does express something solid – there are no instant hits here. These are growers. They have no hooks as immediate as the breathless rise and fall of ’Take Care’ from 2010′s Teen Dream nor anything like the idiosyncratic melodies that twist through 2006′s Beach House and 2008′s Devotion. The new songs are predictable: you know where the next note will fall – not with your guts or your heart, but with your head. Their movements are rational.

This is not to say Bloom is not a beautiful record. There is an anthemic quality to ‘Myth’ and ‘Wild’ with drums strong and full of dynamism; ‘Lazuli’, too, if you try not to imagine Chris Martin doing a number all over it. The first stunner is ‘Other People’, a thing of remarkable tenderness: “Other people want to keep in touch” sings Victoria Legrand, her words melting hotly downwards. “Something happens and it’s not enough/Never thought that it would mean so much”.

‘New Year’ stands out too, for its slight return to melodic weirdness: the guitar warping and wobbling, the syllables of the chorus scattering every which way. The doleful ‘Wishes’, with its wide vocal swathes, almost recalls a Danny Elfman hymn.

Mostly Bloom is beautiful for the same reasons as its predecessors: the guitar lines glint and dash away distantly as a school of fish under water, because everything is underwater. The submarine pressure of Legrand’s voice creates a near-infinite downward movement, sinking towards the unconscious. But after several albums of repetition – the percussive boom-shuff-shuff and organs’ squa-wa-wa-wa almost like a language, now – the hypnosis has begun to wear off. The mind wanders: what the duo sound like with simply an acoustic guitar, or a piano, or even a bucket. Would they be impotent, then? Would they perish on dry land?

Of course they wouldn’t. This video proves it as straightforwardly as you could ask for, with the band huddled together in an enclave on the shore like newly-legged merpeople. And quelle surprise: their talent and charm pervades.

You do have fans, Beach House. You have us, entirely. We won’t run off at the first sign of Real Estate. We’re going steady. So if you ever feel like mixing it up a bit, we’ll be here…with open arms/ears/eyes/hearts/minds/souls.