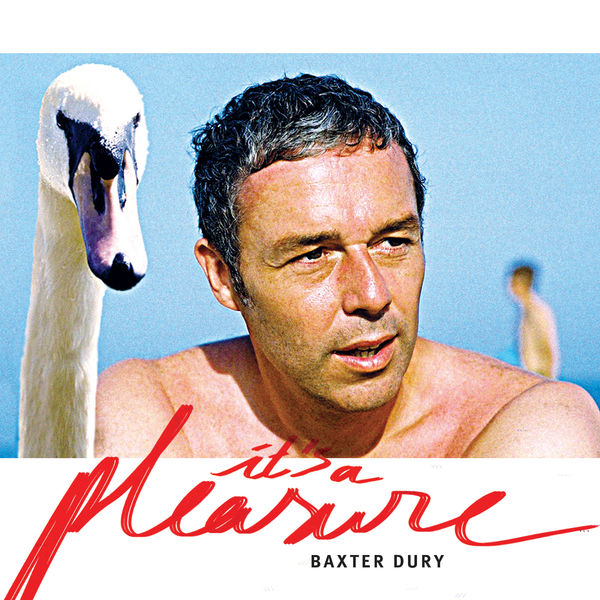 On Happy Soup, the peppy-monikered third outing from Baxter Dury, son of revered rock pioneer Ian Dury, Dury Jr. was about as happy as Victor Meldrew in Benidorm; that is, not very. He wore a stereotypical Englishman-in-the-rain kind of irked, proudly complaining about the mundane in his idiosynratic mumble-cum-drawl. Dreary as drizzle, his cantankery juxtaposed wonderfully with the lo-fi disco, ‘80s synthpop and indie-rock that backed it. You can kind of imagine Jamie T growing into the Baxter Dury mould quite nicely as he matures.

Despite its surface-level drudgery, Dury's never been boring. His wallowing and dirge-y plods through life's roughest patches are littered with dollops of wry wit and heart-poking nuggets of warmth. It's all very dark, bitterly sarcastic; it's all very British humour.

It's A Pleasure – is it? – follows in the path of Happy Soup. It's Dury's fourth LP in over 12 years of music-making, and retains the quietly withering discontent and endearing pop escapades. As a well-regarded artist, he's about as unsung as they come, even taking into account his lineage – perhaps this is down to the gruff demeanour of perpetual hangover, or perhaps it's just sheer bad luck. Either way, the popsmith has never seemed to win over hearts in a big way, for whatever reason. It's A Pleasure is unlikely to change that, sadly. However, those that have stumbled across his ma-a-assive talent will fall deeper in love.

“Pleasure”, the record's preceding cut, is all wonky disco squelches, acid pads and the kind of synth lead/drum machine you get on GCSE music keyboards. He continues his pretty spectacular knack for silver-penned mischief: “Ferrero Rocher prostitutes/Primark debutantes in boots...” he croons, almost upliftingly so. There's an inkling that his dour facade is melting. “Palm Trees” is gently funky with French Riviera calm and the languid shuffle of hotel bar drums. “Lips” is yard sale faux-808s and West Side Story fingersnaps. The guitar is all noodly hooks and vocal melody counterpoints – vocal melodies that ooze contentment. It's largely unfamiliar territory for us as listeners when it comes to Dury.

Described by its leading blurb as “one man’s wry take on the battle with existence. It's metaphysics meets morose disco...” you'd likely expect some gallows-humour/existential spiel. Maybe that's not far off, to some extent. By the time you've bathed in the blissed-out blanched linens of “White Men” or the rolling snarl of “Lips”, any notions of pouty tantrums will be banished. Dury's not exactly ecstatic about much, but his newfound nonchalant devil-may-care attitude is refreshing, and it's good see that the past few years away have seen him evolve.

The weird thing is, though he sounds, on the whole, a lot chirpier, his lyrics betray that almost instantly. It's as if he's grown into, and relishing, his role as the great beleaguered beacon – he's given up on fighting against his own darn rotten luck, and is just quietly accepting of his place in life. It's a kind of 'sod it all, may as well grab a beer and watch the carnage'.