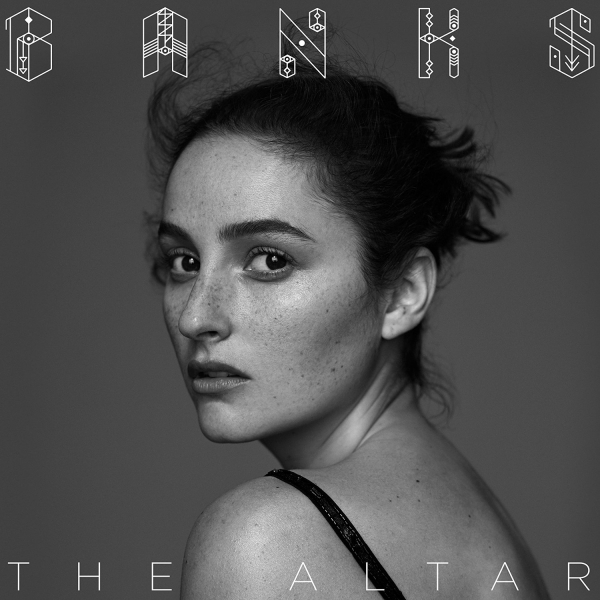 Banks’ debut, Goddess, suffered from its mystery. Though packed with fantastic tunes, it felt like she was putting considerable distance between us and her; opening up but not quite.

The Altar feels like the real Banks. As she belts out the defiant “Do you see me now?” on the sublime "Mind Games", it seems like a double pronged attack at both her manipulative ex and to us, the listener.

The veil of mystery that shrouded Goddess has lifted, a feeling none more apparent when you see any of the cover art for this album - bare faced, messy hair and a little bit sweaty.

Brooding beats are swapped for massive pop hooks. And it’s for the better. The razor-sharp honesty is still here but, with that veil lifted, it stings even more. The SOHN-produced opener “Gemini Feed” (BANKS and SOHN has always been an impressive match up) is a spectacular middle finger that features the vicious retort, “And to think you would get me to the altar/Like I follow you around like a dog that needs water.”

Similarly, “This Is Not About Us” and “Trainwreck”, with their crunching beats and major hooks, show a side of BANKS that was clearly trying to erupt on Goddess. By letting it loose, she goes for the jugular.

The Altar is BANKS at her most confident and most empowered; tough and willing to accept her imperfections without a care for who’s listening. “Fuck With Myself” is this ethos in a nutshell. So tied up in other people’s opinions, she decides to ditch all that and put herself first. Throughout the record, you can almost hear the shackles of doubt snap and crash to the floor.

When the veil descends again, as on “Judas”, which is too cool for its own good, and the largely forgettable “Haunt”, the spell is somewhat broken. But The Altar still works where Goddess fell short. Killer hooks, plus a real clarity and a “no fucks given” attitude make it an irresistible listen that’ll have you ready to take on the world.