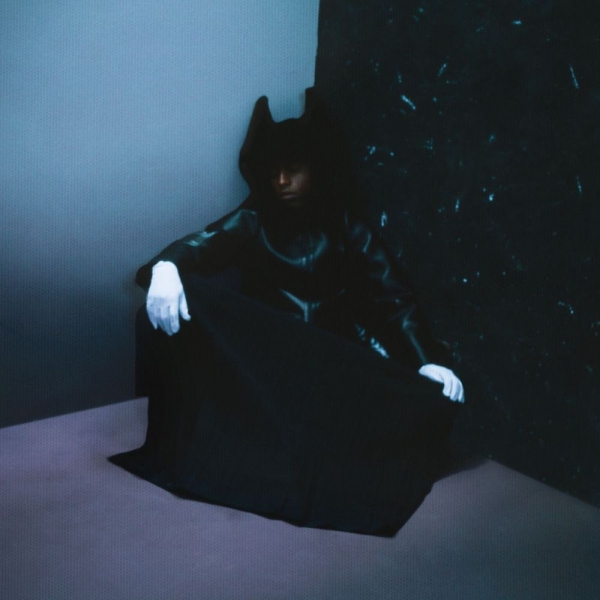 Bakar knows his moment is out there. Throughout his newest album Nobody’s Home, you understand that the person draped in luxury on the artwork holds no attachment to the paces life is putting him through. The opening track “Noun” puts it as clearly: “Didn’t know if I was alive, now I feel like a noun / Still teethin’, don’t recognize the feelin’ like a child / I been lost and found.”

He spends the album as veiled as he is on the cover. We only know Bakar through his own dwindling sense of self, and the conflicts in his life that have kept him from a sense of home. That sense is as applicable to him as a musician as it is to him as a person. Badkid was a cohesive first project, and its follow-up is haphazard in comparison. This isn’t said to diminish the album; it goes hand in hand with the sense of isolation Bakar feels in this wandering state.

The underbelly of punk threaded thoughout has never fluctuated more from song to song than on this album. And his ventures into other genres are successful even as they feel distant from the music of past releases. But the nature of Bakar as an artist breeds a connection between these ideas, as his verses and choruses feel like trip-bound realizations pulsating to no end, and his delivery of them is still a hallmark of what makes his music great.

Nobody’s Home struggles to grasp the organic feel of Badkid throughout its run time, but tracks like “Youthenasia”, “Riot”, and “Alone Again” make whatever heights are out there for him an eventuality. He’s up front about the disconnection he feels from his past self and the ways he misses that past experience; but there’s too much substance in the story and personality of his music for him to not reach the heights he clearly sees for himself, even if he’s down right now. It’s irrelevant if Bakar ever pops into the Billboard scene, because there will always be people who connect with these sorts of artists: the Phoebe Bridgers, Dev Hynes, Ezra Koenig types, who weave the tortures of their existence into these worlds we get to find solace in.