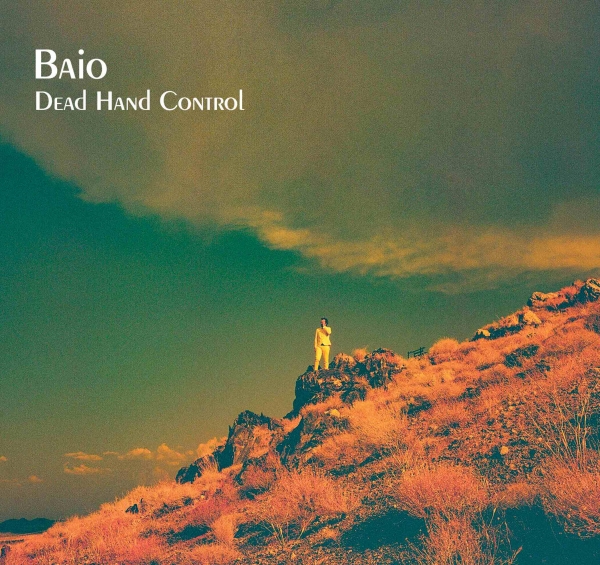 A near-decade since striking out solo with his debut EP, Chris BAIO has strayed beyond Vampire Weekend’s idiosyncratic umbrella, and behemothic status, with a body of work that retains distinct playfulness in its combination of electro-centric hooks and lyrical ambition.

Lifting its title from the name attributed a covert Soviet missile system capable of levelling the US, Dead Hand Control is set one-minute to midnight on the Doomsday Clock while new wave and dance numbers erupt at the seams. A jarring prospect, perhaps, yet a formula BAIO has readily and consistently applied: carrying predecessor Man Of The World, framed as such by the death of Bowie and the rise of Trump, with electro-pop-pivoting layers boldly coating the sombre nature of its subtext.

Familiar influences continue to shuffle through the New York native’s material, deviating from form in a cycle of songs jolting between standard three-minute and extended formats. This mercurial, flip switch tendency finds momentum in a title-track that jumps between synth pop and worldbeat, sharing an inescapable resemblance to Holiday-era Magnetic Fields and mid-80s Peter Gabriel in its latter half, lyrics encapsulating the album’s overriding impetus, and that of BAIO’s broader oeuvre: “I’ve been thinking about the end times / About the mad men and their bombs / You can’t stave death off forever / But you can sing a simple song”. Burying the complexity of issues such as after death legal wrangling beneath bubbling ephemerality is always a tricky path to negotiate but one that is meted out with an aversion to the purely morose in the form of bright, multitextured melodies.

Crooning vocals and electronic ambience reign on Dead Hand Control, synonymous with that of indie-synth devotees such as Cut Copy and Van She, echoes of Arcade Fire edging in on occasion. The new romantic-tapping “Never Never Never” sets the dial firmly in the early '80s, while a submerging synth drone, suggestive of Listen-era Flock of Seagulls, rumbles through the Ezra Koenig co-penned “O.M.W.”. Baio’s third and latest doesn’t drastically divert from type as such but presents his songwriting at its most concrete in pace, malleability and variety.