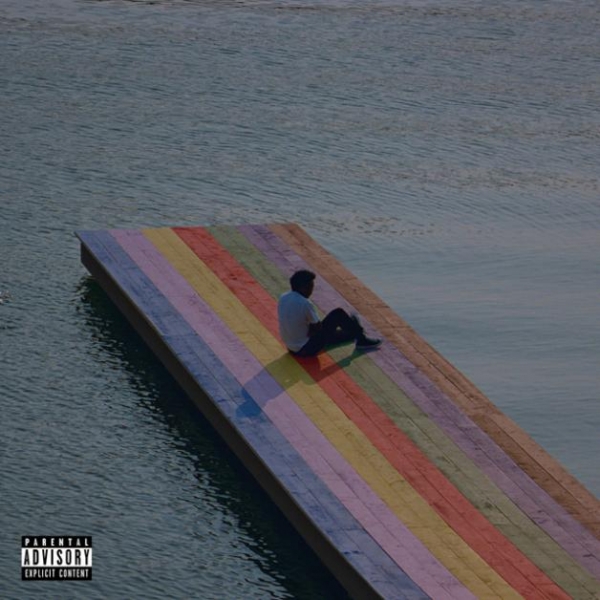 Like most younger artists in today’s hip-hop landscape, a lot of Baby Keem’s appeal stems from his trendy, modern sound and materialistic lyricism. His debut album The Melodic Blue certainly has all of those elements, but it also sees Keem flashing the potential for so much more to build on in the future.

While The Melodic Blue is not perfect, Keem displays a surprisingly dense pen game, an undeniable sense of energy and hoards of instrumental creativity across the album’s 16 tracks.

Keem starts The Melodic Blue off with a bang with “trademark usa.” He brings the heat for over four minutes, sounding off on everything from rappers not willing to take artistic risks to his mother’s issues with alcohol. It is a colorful start to the record, with his frenetic personality showing through right away.

From here, the bangers only continue. On tracks such as “scapegoats” and “range brothers,” which features Kendrick Lamar, Keem is animated, over-the-top and versatile, utilizing a myriad of flows to match the changes in instrumentation. “I remember roaches, mama lost focus/I was at home, no lights, no food,” he raps over a bombastic instrumental on “range brothers.”

But while Keem gets personal from to time, we only get glimpses of his background. Instead of delving deeper into what seems like a compelling backstory on the surface, Keem overshadows these moments with bars about drugs, sex and material possessions (“south africa,” “lost souls”). While some of these tracks have entertainment value, that sometimes means sacrificing emotional depth. That is not to say there aren’t emotionally compelling moments on the record, though.

On “Issues,” Keem delves into past problems with eviction and addiction. On “scars,” which appears early in the album’s second half, Keem quite literally cries out to God, asking why the life he leads is so difficult. Both of these tracks see Keem showing off his cromulent vocal chops as well.

Another noteworthy aspect of these two tracks is the instrumentation. While “issues” is reminiscent of a Nothing Was The Same era Drake jam, “scars” takes a page out of 808s era Kanye, literally sampling the drums from “Love Lockdown.”

Even the trap production had quite a few highlights. “trademark usa” features some gritty, hard-nosed trap production, and features two separate beat switches that completely change the atmosphere of the track. “family ties,” the album’s second joint to feature Kendrick Lamar, starts off with an epic sounding horn loop before transitioning into a dark, wavy synth loop in the track’s back end.

While most of the songs here stand out for one reason or another, The Melodic Blue is not without some lackluster moments. “durag activity,” featuring Travis Scott, is a total snoozefest, with Keem and Scott trying to outdo each other for laziest vocal performance. “lost souls,” despite having a tolerable instrumental, is a shallow attempt at making a love jam.

Still, though, Baby Keem has a lot to be proud of on The Melodic Blue. With its diverse production, high energy vibe and Keem’s more than competent lyrical abilities, The Melodic Blue shows the potential for Keem to drop something special in the future; it is just a matter of him ironing out the finer details.