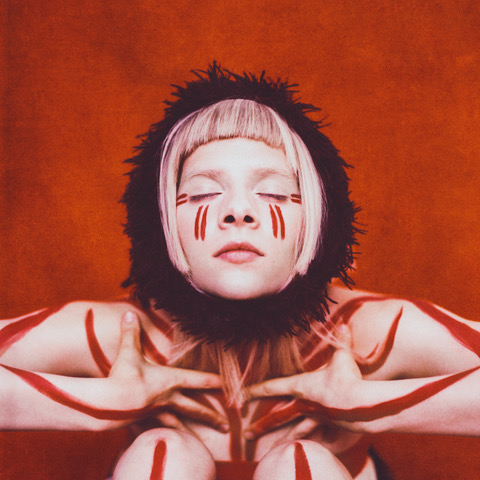 At heart, AURORA Aksnes’ Infections of a Different Kind – Step 1 is a study on what it means to be human, exploring all of the greatest and cruellest implications which this might conjure. In her own words, the album is a meditation on “the way we hurt and we love and the way we are so beautiful but also so awful”.

This is lofty musical territory, and the album could easily be lost beneath the weight of its own ambition, but it is testament to AURORA‘s abilities that she has space to explore these themes as well as create music so impeccably resonant.

The release is a masterclass in intelligent song writing and design but what remains most striking about the album is the dynamism and pliability of AURORA’s voice. Infections... sees Aksnes impressively sculpt her vocals around her immediate sonic landscape with clarity and heart that cannot be falsified. "Soft Weight" for example, sees her carefully harmonize with herself, whilst "It Happened Quiet" sees her sing alongside a 32-strong choir group, one of the more hauntingly wide compositions on the album.

Infections... features such a multitude of harmonic variation that it feels endlessly listenable and instantly essential. This is due in great part to AURORA’s decision to play a major part in the album’s production. Aksnes skills as a producer are self-evident, whether it be the expansive reverb or the looping complexity of her own voice, AURORA never loses any instrument or voice in spite of the minutiae of her producing choices, as a result, a tangible sense of her personality comes through.

In Infections..., AURORA has crafted a uniquely textured and markedly positive response to troubling times. The album is a clarion call to throw off the negative shackles of the modern world and embrace the beauty of the queendom which she so artfully presents.