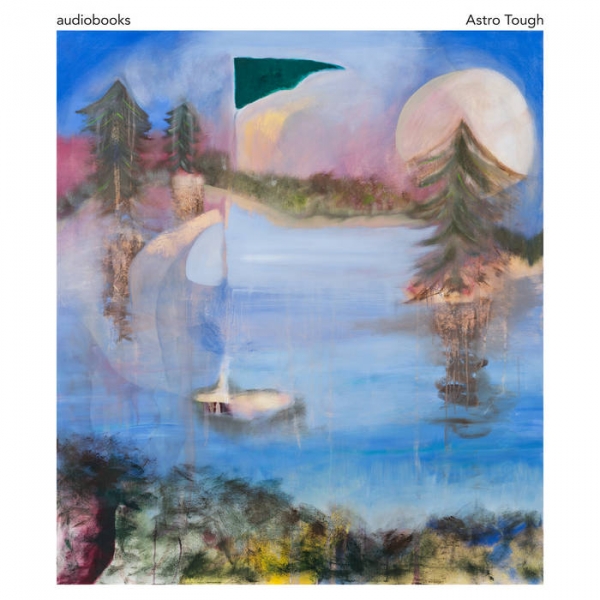 At its bizarre best, freak-pop duo Audiobooks’ second full-length project toes the line between satire and irreverence, as Evangeline Ling and David Wrench combine for a heady stream of witty one-liners and at times quite excellent music.

Keen to stress the more ‘scripted’ nature of their second album compared with their first, Astro Tough is certainly more cohesive than their enjoyably chaotic 2018 debut Now! (in a minute). There is a tangible sense of progression from A to B, from the album’s introductory parable “The Doll”, which focuses on an infant’s struggle with loss with LoneLady like objectivity, to the LP’s closer, the time-weary piano ballad “The Farmer” that deals with legacy and an innate desire for goodness. In between these two standouts that give the album real purpose, however, the project does at times struggle for direction, as themes become blurred and somewhat confused.

Visual artist Ling’s self-confessed ‘over-dramatic’ lyrics are often brilliant, as in the second verse of the uptempo auto-tuned single, “LaLaLa It’s The Good Life” - “if these people are still killing the vibes, we’ll have to order an Uber XL” - but have the tendency to trade substance for style. Proceeding tracks “The English Manipulator” and “He Called Me Bambi” start promisingly but noticeably drift. The former - surreal and Albarn-infused to a tee - seems to ignore the message of its own post-chorus - “so static / I think you need some elastic”, and this diagnosis seems to also affect later track “Driven by Beef”.

There are gems among the madness, though. “First Move” acts as an updated La Roux anthem, with '80s synths and high-pitched breathy vocals detailing nightlife romantic awkwardness - “she just wants you to pick her up / but you can’t do that ‘cause you don’t want to be... pre-da-to-ry”. “Blue Tits” is moody, lurid and ridiculous in equal measure from start to finish, whilst “Trouble in Business Class” is constantly driving and sees the best of super-producer Wrench, with Ling’s haunting chorus blending seamlessly into an unravelling of flanged synths and acoustic guitar.

Consistency may still be a struggle, but when they get it right, Audiobooks’ unsettling brand of musical chaos makes for an impressive sophomore album that is every bit as effervescent as their debut.