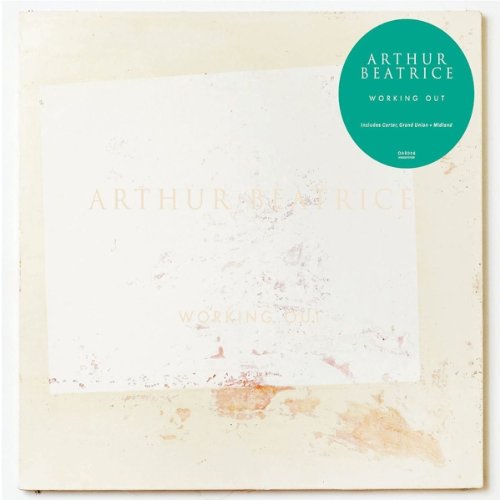 Arthur Beatrice are a band faced with a few challenges, not to mention questions. Namely: Do they really love Bea Arthur that much? And how does a band form an identity in the crowded genre of narcotic, blissed-out pop these days, anyhow?

With a sound that sounds frightfully similar to heavy-hitting predecessors The XX, Wild Beasts, alt-J and most recently (and probably closely) London Grammar, Arthur Beatrice’s self-produced LP Working Out sees the schoolyard chums don their boxing gloves as they work out what an album that would set them apart would sound like.

The band have come a long way from playing intimate friends & family filled shows at London venues like The Stag’s Head and Borderline, and Working Out has certainly seen them mature. The nearly three years spent writing it have produced a lovely, spacious, blissed-out pop album. But they may struggle to find the recognition they crave with a record that fails to produce the same emotive, body-tingling sensations required for bands such as they who, without the necessary rawness to proceedings, are otherwise in danger of becoming a crowded scene’s background music.

It opens with “Councillor”, a haunting, almost ecclesiastical, guitar-tinged and harmony driven song with Orlando Sheppard on lead vocals. The slowness of it all is reprimanded by the first appearance of Ella Giradot’s vocals on “Late” and the sinister single “Midland”, which steals the album. R&B-tinged earlier single release “Carter” follows, with its quick, steady drums driving forward to “More Scrapes”, which repeats a similar, almost formulaic recipe tasted earlier on.

A jazzy, 50s/60s sensuous vibe emerges with “Singles”, but the next single is brought down with “Charity”‘ and Orlando on lead vocals. Although Giradot appears later on, Arthur Beatrice’s strongest tracks are the ones that let her vocals shine through and take control.

Working Out is all about figuring out who Arthur Beatrice really are. It’s a largely beautiful album, with equally beautiful videos, and upbeat tracks suggesting an evolution from their earlier sounds. The four-piece have taken their time with the LP, and it shows. Working Out is a sophisticated sounding record, but with only a handful of standout tracks, it may not be enough.