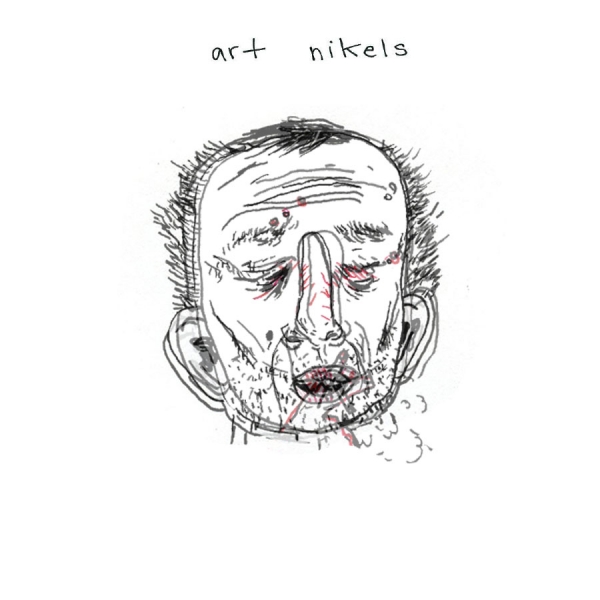 You’re in your car watching the clouds roll passed as your brain glides into that semi-automated state of being that allows you to drive whilst simultaneously having a rather pleasant sun-soaked daydream. Either you are already listening to Art Nikels debut EP, or your state of reverie urges you to slide the CD into the player to amplify your wave of self-indulgence. Primitives is a drifting amalgam of dulcet tender vocalisation surfing on the spew of synthesised drum rolls and plucking guitars. A binary series of relaxing and discordant sounds; it’s enough to send you to sleep if it were not for the constant shifting moods and energies resulting in a pleasing emersion into tenuous consciousness.

The San Franciscan act blend a predominance of dreamy psychedelic-rock with a jazzy, occasional soulful brand of krautrock, the most notable elements of which are the consistent reach for the synthesiser and use of jangled, sliding electric guitars.

Many extraneous noises froth up in this 26-minute, seven track release, which include in no particular order – for order is not what Primitives provides or aims at – bubbles, a deep-voiced slo-mo akin to a drunken Darth Vader without the asthma, while "Barbara Moss" sounds like it was recorded on the beach and laughing is heard until the fade out. This all adds to the experimental feel of the record. It does push the boundaries of convention. To a large extent this escapism is successful, but as is the nature of experimentation, sometimes it burgeons into incoherence.

There are two sub-minute songs on here, the wonderfully named "People Loving Sauce" and the closing "Whipped Cream", that disappointingly let the other five down. The first would be an apposite soundtrack to parts of Jurassic Park as the moans of dinosaurs cry out, perhaps for their own children or in a futuristic attempt to communicate with mankind. Less ‘people loving sauce’, more ‘lizards cry over spilt milk’. Sticking with the dairy theme, the closure of the EP is a drawl into oblivion. Loosely strummed guitars persistently linger as the vocals, hitherto versatile, lower themselves to a series of vowels that go nowhere and express little. Soured cream, unfortunately.

Having ladled on the criticism like Gordon Ramsay sizing up his next victim, here comes the triumphant bit. The gentle pick and strum of "Red Red Wood" which is accompanied by nicely building vocals is a well-balanced track, without lapsing into formula. Looped drums make an entrance to add to the drama, while the pseudo-dying away is punctured by tapping drumsticks and the subsequent euphoric harmony. It ends with a trippy electric guitar slide and screech. Art Nikels demonstrate that they can write an emotional lyric too, with “wash my feet / and hold my hands through the fire” opening "Visitor". It’s an off-beat arrangement that meddles with the ‘one, three’ jazz trope but layers it with more guitars, synthesisers and increasing spiralling dreaminess. A delicate falsetto slots into the irregular puzzle alongside the usual low, not-so-melodic, soothing drawl that spans all seven tracks.

In essence, Primitives might well be an attempt to communicatie to aliens. It has all of Earth’s favourite things: sauce, colour or ‘hue’, our largest trees "Red Red Wood", ‘Whipped Cream’, Darth Vader, dinosaur noises.... If humanity are the eponymous 'primitives', then Art Nikels is at least showcasing the best we Earthlings have to offer. It's a sound one might easily imagine floating through the emptiness of space quite happily waiting for some distant life form to receive its message. On the whole, an admirably ambitious and satisfying collection.