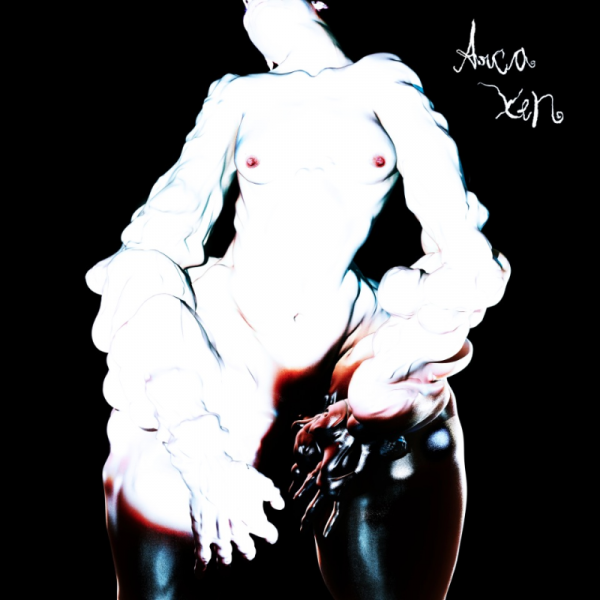 Much noise has been made about Alejandro Ghersi, the Venezuelan-born, Brooklyn-based producer. His early EPs earned him lofty praise, and knob-twiddling credits for FKA Twigs and Yeezus (including “Blood On The Leaves” and “Hold My Liquor”) elevated his position in many musical circles. Here was a producer that wouldn’t play by any rules.

His anarchic, punk mentality to electronica obviously leant itself well to Kanye's magnum opus, but can it stand on its own two feet? Ghersi's debut LP Xen – on Mute, no less – proves it can.

Lead single "Thievery" is wonderfully unsettling. It's a harbinger for Xen; the LP is like being whisked away to a psychological netherworld with no respite or hope of escape; it forces you to grapple with your own sanity. Not many records can worm their way into your mind so successfully – this is abyssal electronica with a tormented bent and visions of nowt but pitch black pits of despair.

However, that's not to say there aren't controlled bursts of pep. “Sisters”, with its blooming synth leads, sounds like an avante-garde electronica take on Marius Petipa x Tchaikovsky's “Nutcracker”. It's surreal-y festive. Likewise, “Sad Bitch” (a bit of a misnomer) is waltzy, flighty and scattered across the breeze; happy's too strong a term, but there's definitely an optimism here.

Other the the general disconcerting nature of the record and impressive tactics in play, there's little to suggest an underlying complexity without any added context. It's an instrumental record, as probably is to be expected, and those looking for the kind of emotional depth (beyond primal urges and base fear) or commentary might be a bit disappointed. Nonetheless, that minor point will probably be a non-issue, totally overshadowed the devastation in play.

“Family Violence” is art-classical music, all wrapped in dissonance and romantic-era angst, pushed through Arca's sadistic sieve. “Bullet Chain”'s industrial backdrop puts it somewhere in the Venn Diagram overlap of Hadouken!, HEALTH and old-school hip-hop. The squirty, squelchy “Lonely Thug” is sewer dank and demonic in spades. The record, told through brief aural snapshots – most float around the two-minute mark – is an alienating combination of atmospheres. He's an undoubtedly phenomenal producer, but he don't 'arf like messing with your noggin.

If the hearsay is to be believed and Arca is indeed helming Björk's 2015 LP, then that is proving via Xen to be a thoroughly exciting concept indeed. His combination of ruthlessly creative, jarring production and her infinite knack for, well, pretty much everything will be a striking combo that already beckons plaudits.