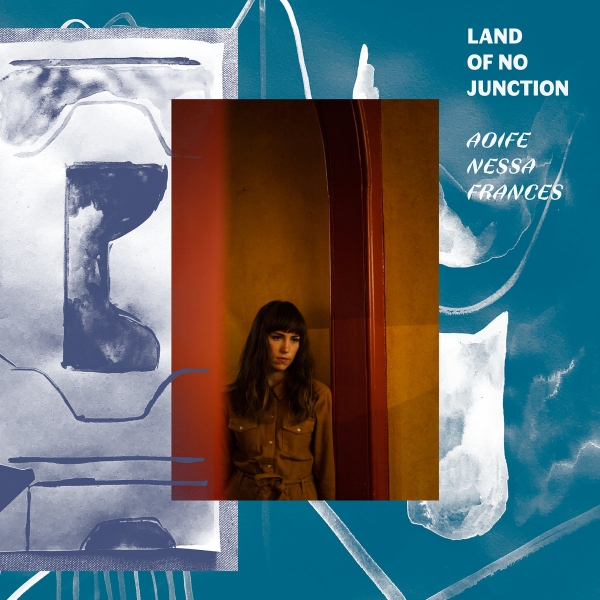 By this point in time, it takes some doing for a songwriter to craft an album that defies easy categorisation and neat points of comparison. Aoife Nessa Frances achieves this feat with remarkable ease on her debut for the increasingly impressive Todmorden-based Basin Rock label, home to previous releases by Nadia Reid, Julia Byrne and Jim Ghedi.

Granted, there are traces of the cosmically inclined pop turbulence of Jane Weaver here and there along the way, especially once the typically languorous tempo (which brings to mind the hypnotic, unhurriedly evolving songs of Brigid Mae Power, who Frances has recently toured with) picks up. Some of the psychedelic ornamentations - often courtesy of guitarist and key musical collaborator Cian Nugent, who also pitches in on production duties - nod discreetly towards Cate Le Bon and recent works by Damien Jurado. The enthrallingly slippery and murky mood of the material is a total one-off, however.

Titled after a childhood mishearing of Llandudno Junction, the songs - appropriately enough - often seem to hover in the ill-defined realm between reality and dream states, deep sleep and awakening, an impression accentuated by Frances' smoky and (in the best possible way) drowsy vocals. The action in the spellbinding, quietly soaring title track, for example, appears to occur in dreamland, informed by memories (or hopes of) better times in the actual lived-in reality. The gently propulsive "Here In The Dark" seems to address relationship turmoil in the sepia-tinged distant - or imagined - past, dreaming of an easier time where '' the sky won't fall over things we said''.

Reality crashes in headfirst on "Blow Up", an unhurried yet steely protest-y song inspired by life in Ireland prior to the referendum that overturned a ban on abortion, graced with the most imaginative arrangement - a woozy spooky folk-pop concoction propelled by percussion, mellotron and strings - on an album that's never keen on resorting to the tried and tested.

"Where the roads can never cross but go their own way", Frances sighs on the majestic title track. Land of No Junction is certainly an album that goes its own way. You're strongly advised to follow the path it’s beaten.