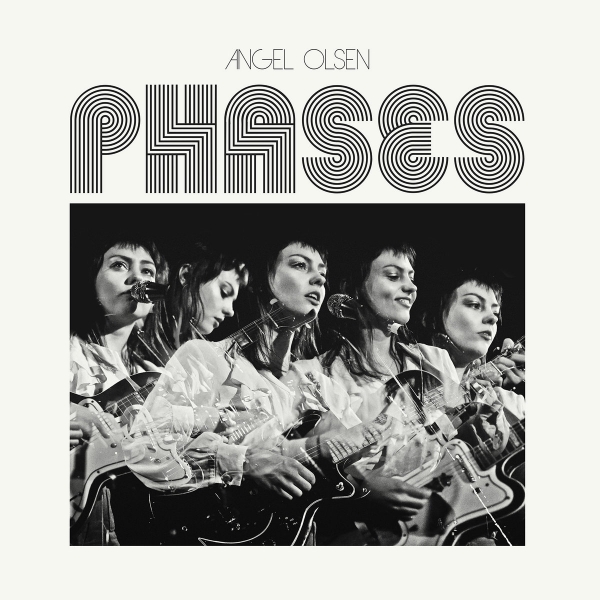 Usually, when a compilation of offcuts and rarities manages to make itself essential outwith the usual fans-only confines, it’s a testament to the prodigious work rate of the artist in question, as well as the hot creative streak that they’re on.

Both of those notions could be applied to Angel Olsen. Her relentless road schedule since the release of her latest full-length, My Woman, last September speaks to her tirelessness, as does the fact that said record was her third in five years. Plus, the differences between that album and its predecessors - 2014’s Burn Your Fire for No Witness and her 2012 debut, Half Way Home - suggest huge creative strides taken between each one. My Woman, in particular, seemed to involve Olsen challenging herself to take on different stylistic approaches with every song and nailing all of them - sleek synthpop on “Intern”, barbed disco on “Shut Up Kiss Me”, and epic, freewheeling Fleetwood Mac heartland rock in the form of the seven-minute “Sister”.

More than that, though, Phases might serve as something altogether more vital in terms of Olsen’s back catalogue - it could be the key to unlocking some of the leaps and bounds in her writing from album to album. We start in the present day and begin working our way backwards; opener “Fly on Your Wall” was Olsen’s contribution to the anti-Trump compilation Our First 100 Days earlier this year, and harks back to her older material in that the minimalist clang of the guitars allows her vocals to do the heavy lifting.

A clutch of these tracks are being released for the first time, amongst them the record’s standout, “Special”. Cut from the My Woman sessions, it’s a scratchy, slow burning lament of the weight of expectation, a quietly tormented counterpoint to “Sister”; you suspect Olsen didn’t think there was room for both on last year’s LP, which is a shame given that it plays to so many of her strengths - nuanced storytelling, panoramic composition and the ability to mine subtle drama from low-key sonic surroundings.

Then there’s “Sans”, also unreleased until now, which demonstrates the other side of the coin; comprising just a tentative vocal and a rough guitar line, it’s one of those strikingly sparse Olsen tracks on which the negative space around the sounds seems to say as much as the instrumentation does. “How Many Disasters”, which has been doing the live rounds for a while but makes its studio debut here, is very much in the same ballpark, with the guitars shy enough to be practically invisible, and just Olsen’s nervy repetition of “how unfair to have a heart” to fill the void.

Elsewhere, Phases might also provide a neat gateway into some of Olsen’s earliest work; after all, both Burn Your Fire for No Witness and My Woman were lavished with a level of critical approval that eluded Half Way Home and her 2010 Strange Cacti EP. “Sweet Dreams” and “California”, originally released as a double A-side in 2013, present Olsen in a light that newer converts might not be familiar with - the former fizzes with an energy that almost has it bordering on garage rock, whilst the latter, especially, harks back to a time, pre-Burn Your Fire, when Olsen’s approach to her voice was considerably more eccentric than it is now, all yelps and wavers.

More than anything, though, Phases is a stirring document not just of a singular songwriting talent, but of the thrillingly rapid development of it over such a short space of time. It’s a considerably lower-key affair than My Woman was, but it shares the common thread not just of stylistic wanderlust, but of the confidence with which Olsen approaches every new musical territory she enters. As a crucial companion piece to her LPs proper, Phases achieves the rare distinction of must-have odds-and-ends album.