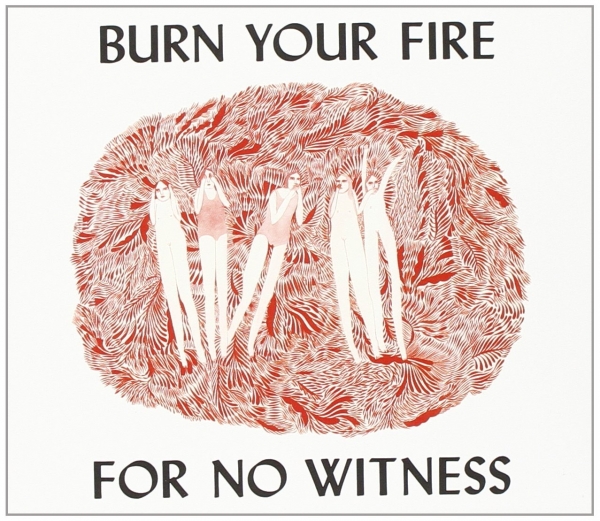 Songwriters can often exhibit natural defensiveness towards their own songs.

For some, it can be difficult opening up in such a personal forum, and as such we can be left with nice but somewhat superficial lyrics as a result. Like sharing a diary, there’s an element of exposing oneself to ridicule and hurt in the process. Suffice to say it takes a special kind of artist to lay their feelings bare for the entire world to pick over. With her latest album, Angel Olsen has proven herself as a songwriter not only capable of remarkable vocal delivery but crushing honesty as well.

From the opening chords of “Unfucktheworld”, the feeling of intrusion is palpable, the sense that the listener is somehow engaging in a voyeuristic act. Even at her most relaxed, Olsen’s lyrics portray her as immensely vulnerable. While expositional songwriting is no new thing, the way in which Olsen delivers her lyrics serves as a stark reminder of the dearth of honest, or perhaps brave, songwriters.

It’s not for purely aesthetic reasons she draws comparison to grunge bands of the early 90′s. There’s a sense of angst throughout the record, but an angst tempered by a mature poeticism. In an age marred by insincerity and guardedness, she brings a frankness to her songwriting that immediately sets her apart from her contemporaries.

The production on the album (courtesy of The Paper Chase’s John Congleton) is unobtrusive and remarkably restrained throughout. Points where one might expect songs to burst open remain muted and lend the LP a sense of futility or defeat which mirrors the songwriting perfectly. Olsen’s delivery, even while impressively powerful, is always bordering on mournful, the downward cadence of her voice expressing a deep sorrow even at its most jubilant.

Perhaps the defining point of the album comes in its penultimate song, “Enemy”. Here, Olsen’s vocals enter with an immediacy and presence that highlight her strength as a singer. Stripped of instrumental backing, reverb or double tracking the track is remarkably intimate and an album highlight. Every inflection and tremble in her voice sweeps like a symphony that it becomes easy to forget the track is just guitar and vocals. She has the presence of Joni Mitchell but the maudlin delivery of Sibylle Baier, but Angel Olsen is very much her own singer, and deserves to be celebrated as such.

While Half Way Home may have marked her as a musician of considerable talent, it is on Burn Your Fire that we see its true fruition. Olsen is a unique songwriter of incredible complexity and fearlessness, and despite her ostensibly considerable inner sorrow, she manages to deliver an album that is as equally exultant as it is despondent.