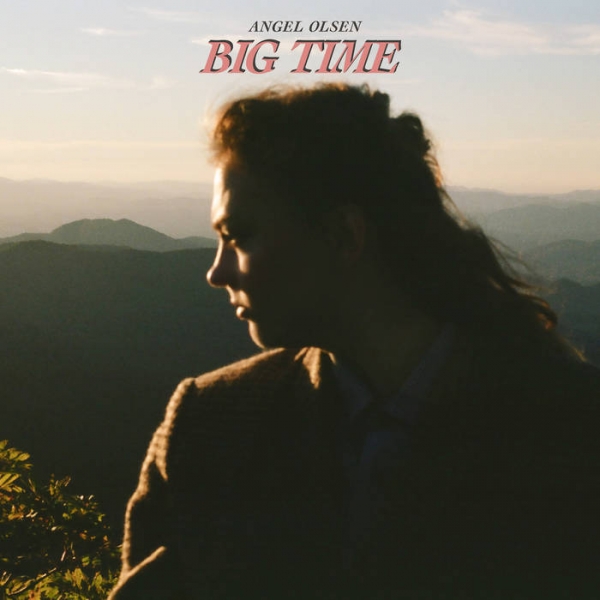 Anyone who knows anything about Angel Olsen knows that she’s had a transformative eighteen months.

In April 2021 she announced to the world, in as plain terms as possible, “I’m gay!” What we weren’t privy to though was the loss that came in the wake of a new romance – four days after her announcement, her father passed away. By the end of the year, her mother had joined him. That’s a hell of a lot for a person to bear and every bit of it is here in the music. Even more remarkably, the record isn’t leaden or overbearing, but sweet, open and sun-kissed.

After the country twang of her early records, and the gnarly rock of MY WOMAN, 2019’s All Mirrors was a diversion into a blissed-out, synthetic palette and, for this reviewer, an unsatisfying one. Cold synths and slow BPMs made for music kept the listener at a safe distance. Big Time, on the other hand, is not only a return to the warm, Californian instrumentation which harks back to her 2012 debut, but it’s one gigantic blush of emotion, the damns of that emotional reticence burst open all at once.

There are some spectacular songs here; smooth epics which boast big choruses and surround voice in beds of unfurling, acoustic instrumentation. Lead single "All the Good Times" feels like it could have been a hit for Cat Stevens yet, unlike Stevens, who was certainly sincere almost 100% of the time, it’s hard to tell whether there’s a hint of irony as she sings “So long, farwewell / this is the end / and I’ll always remind you just like a friend”.

Probably the most overused prognosis of an album in all music writing is the claim that a record is about growth, probably because creativity is such a natural and necessary extension of people’s ability to articulate and re-evaluate their lives that this could be argued for about pretty much all albums. But here I am to tell you that no, Big Time is really a remarkable and intimate display of growth on the part of the woman who made it, thread-bare and unashamed, competing with the new Kendrick Lamar album for new heights of self-flagellation, and glorious self affirmation; made all the more intense of course by that voice of Olsen’s, masculine and feminine at the same time, and frankly criminal wield with material this naked and bare. Most songs feel like they’d be the climax of other albums, like the delicate "All The Flowers", where Olsen coos “never thought the day would come / when I would find someone to love me only…I’ve been spending too much time searching in vain to find the only reason / to be alive”.

Emotions of love and grief are wrapped up together, as they must have been in Olsen’s year. Somehow though, she managed to foreground the former; the record ending with "Chasing the Sun", a piano ballad lit with pulses of strings. It ends on a romantic scene too. “Write a postcard to you / when you’re in the other room” she sings, “I’m just writing to say that I can’t find my clothes / If you’re lookin for something to do.” I’m glad Olsen was able to find ample room for both, because I’m not sure I’d have handled the alternative.