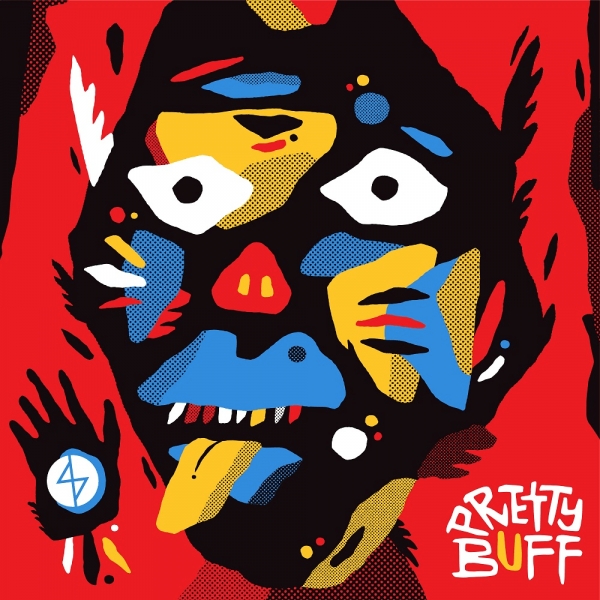 The place of punk in 2019 seems precarious, teetering between those that are reigniting the political stance with a rightfully placed directive rhetoric, and there are those still strumming the same four chords, singing about heartbreak. Refreshingly, Angel Du$t are neither - they’re just here for a good time.

To contextualise Pretty Buff, the debut album from the five-piece, the members of Angel Du$t have links across the punk scene: drummer Daniel Fang, and guitarist Pat McCrory are from rising-hardcore stars Turnstile, while vocalist Justice Tripp and bassist Brendan Yates are from fellow raging upstarts Trapped Under Ice, which makes this amalgamation a pleasant surprise. Completed by guitarist Jeff Caffey, they’ve come together to create an album twith a ridiculously sunny disposition, and proving those parts of life that can sweep you away aren’t the be all and end all.

Much of the record rests neatly between a callback to the mid-‘90s punk that was happy to wear its heart on a scrappy sleeve, while never airing any pretensions, and a solid construct of riotous rock tracks, but it’s the more experimental moments that separate Angel Du$t from anyone else around.

Unashamedly just throwing whatever they fancy into the mix, it’s got varying degrees of saxophone; “Bang My Drum” uses it to create a solo-line that befits a Springsteen hit, while “Take The Pain Away” holds steadfast with a smooth jazz feel echoing an ‘80s neon-lit sunset. There’s also wildly played acoustic guitar all over the show, marrying with a general sense of playful unhinging, but most of all it’s got some serious heart.

Admittedly on some of the more repetitive tracks, you can find yourself feeling a bit lost, and the fun-time vibe waning, but that’s always saved from the edge by a ridiculously catchy chorus that hooks you in even deeper. “Want It All” is a moment that properly sticks out with its optimistically minor chord series that will keep you, quite literally, wanting it all.

Altogether, Pretty Buff is an album that draws deeply from the bunch-of-chords-and-an idea school of songwriting; it's a cacophony of good times and soul. Angel Du$t are here, and the fun is back in punk.