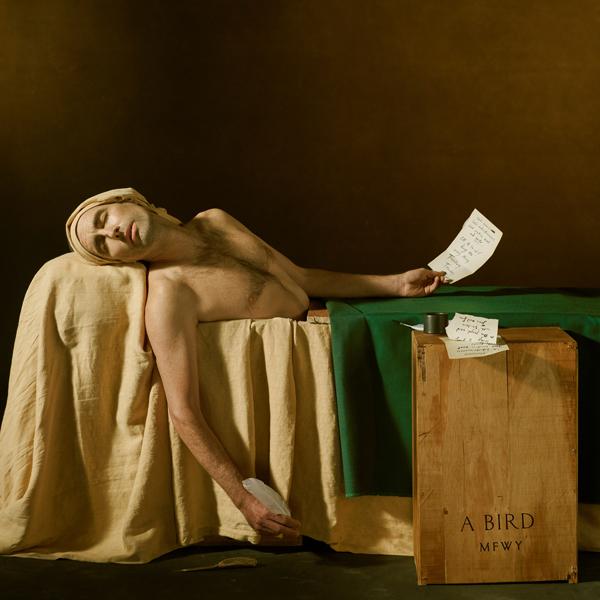 Andrew Bird’s last non-instrumental album, Are You Serious, released in the spring of 2016, was a deeply personal reflection on transformative experiences: the joy of new life and the shock of death’s proximity.

There was a disarming warmth and forthrightness to this record, written in a week-long outpouring of lucid meditation on what it means to share your life with another person. His tenth studio album, it stood in contrast to an earlier discography typified by its smart but coded messages – enjoyably, if sometimes frustratingly, impenetrable.

This year's My Finest Work Yet builds on this explicitness, but replaces the protective layer between Bird and his listener. Gone are the bear-all musings on marriage and fatherhood, their position under the spotlight having been lost to the broken political landscape and the struggle for power. Bird's vulnerability has been switched out for a fighting spirit, a steeliness and resolve that powers the whole record. Who's he fighting? The 'enemy'. But he's doing it with a smile on his face: "I think My Finest Work Yet is my finest work yet", he says – a preview of the wry and direct delivery you'll hear throughout.

Recorded live without headphones or separate tracks, the sound is intimate and conspiratorial. The perfect polish of a meticulously assembled recording is set aside in favour of a sense of the room and the musicians in it, united in their organic performances – apt for an album that's a rallying cry against authority. Opening track "Archipelago" begins with the pointed question: "What if one day we just refused to play? / With no-one to hate they'd be out of a job". This language of hate, of enemies, war, bombs, blood, struggle, "angry voices" and "locking horns" is everywhere – but it's not oppressive. Bird's signature violin and energetic band accompaniment keep things rousing at the high-energy moments and thoughtful at the low.

"Bloodless", the album's first single released in November last year alongside a brilliantly gnarly video directed by Matthew Daniel Siskin, was written just after 2016's US election. This six and a half-minute appeal is a masterclass in action-inciting calm, urging "the best" who have "lost their conviction" to remobilise and overthrow "the worst" who are "sharpening their claws". He likens this moment to 1936 in Catalonia, as if we're teetering on the brink of social revolution – but he urges us to bandy together to act now, while the situation is still bloodless.

"Cracking Codes" is one of the album's quieter, softer moments, where beautiful harmonies extol the virtues of familiarity and truth-telling. "Don The Struggle" toys with patronising and generalist media coverage of America's non-cities: "Come on everybody, let's settle down / We're all just stumbling down in an unnamed struggling town". In it, Bird despairs at the state of the world he and his generation have sculpted, singing: "It's the young ones that I feel for / Forgive us, we know not what we've done".

Final track "Sisyphus" is, according to Bird, "about being addicted to your own moral suffering", but it's also a condemnation of apathy. There's such resignation in the line "Let it roll, let it roll / There's a house down there but I lost it long ago", which no amount of whistling and cheery 'da-da-das' can mitigate. An album of discontent, My Finest Work Yet seeks to empathise and galvanise; in "Bloodless" Bird sings "I know it's hard to be an optimist / When you trust least the ones who claim to have the answers". He makes a powerful case and it's impossible to deny him your solidarity – but, having had a delicious taste of intimacy before, you're left craving a little more of the man and a little less of the commentary.