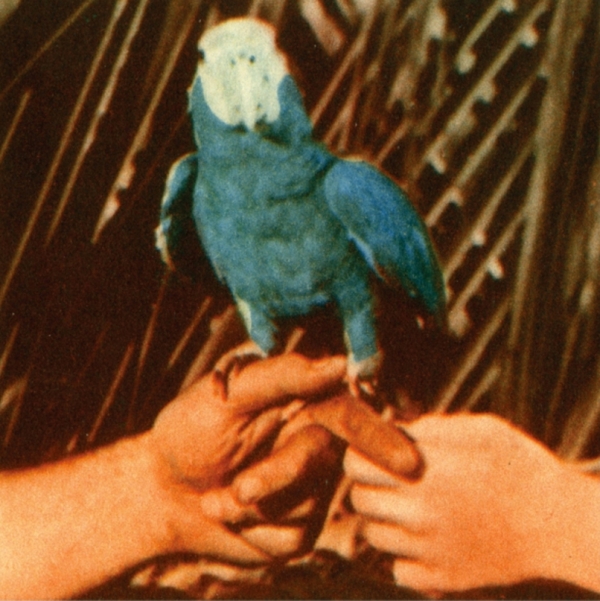 Andrew Bird has been crafting melodic tunes that straddle the line between folk and baroque pop for two decades, often oscillating between small-batch records like the down home Hands of Glory and more elegiac output like Break It Yourself. His latest, Are You Serious, is a perfect marriage of both styles, blending beautiful instrumental intricacy with some of the sharpest hooks and songwriting of his career.

Bird called his work on Are You Serious "the strongest melodies and the strongest ideas that occurred to me over a three to four year period, distilled", in an NPR interview, and his bold claim is validated over the record’s gorgeous eleven tracks.

The album begins with a resounding bang as the strings on “Capsized” are so distorted and crunchy it’s difficult to tell if they’re electric guitars or Bird’s trademark violin.

Lyrically, Bird’s writing on Are You Serious is accessible without sacrificing intelligence. He’s been prone to over-intellectualizing in the past, but here he’s more direct, even glibly poking fun at his verbose ways.

“Used to be so willfully obtuse, or is the word ‘abstruse’?/Semantics like a noose get out your dictionaries,” he wonders on the record’s magnificent title track.

Bird isn’t quite at the Father John Misty level of snarky misanthrope, but he has a great time playing the role on “The New St. Jude", a song built around joyous strings and driving drums that clashes perfectly with its message about his outlook on life following the end of a relationship.

“I keep moving through my days as if I’d never met her/For ever since I gave up hope I’ve been feeling so much better,” Bird belts, his sarcastic grin practically audible.

While Bird’s albums are usually one-man shows, he finds a very worthy foil in Fiona Apple, who shows up on the much-anticipated duet “Left Handed Kisses”. The song is a love song, yes, but it’s a love song so frank and stark that it may be jarring upon first listen.

Apple plays the role of cynical, jaded lover perfectly, cutting through Bird’s fancy speech and delivering her lines with passion and a real bite.

“The point your song here misses/Is that if you really loved me/You'd risk more than a few 50 cent/Words in your backhanded love song,” she snaps.

"We really needed someone without sweetness in their voice, like really indicting and calling me on it," Bird told The Current of the collaboration.

“Roma Fade” delves into the uneasy concept of voyeurism, but does so with irresistibly punchy drums and a sweeping string melody. It’s an odd song about a bizarre topic that could easily be mangled in the wrong hands, but Bird shows a deftness of touch and self-awareness.

Though a bit sprawling, “Truth Lies Low” features perhaps the best instrumental work on Are You Serious. Strings and electric guitar flit in and out, intertwining with the pizzicato backing and Bird’s delicate vocals before giving way to an extended outro.

“Puma” is as close to pure rock as Bird has ever gotten, featuring a massive, clever chorus and galloping snares. “She was radioactive for seven days/How I wanted to be holding her anyway,” he sings.

That Bird is still willing to try new things on his thirteenth studio album is impressive by itself, but the fact that they all work so well is a testament to his sheer talent and precision.

Even if you’ve hated Bird for the past twenty years, Are You Serious is the kind of record that is so breathtakingly alive and enjoyable that you should take the time to listen and consider rethinking your stance on him as an artist. At this point, Bird knows his strengths and weaknesses perfectly, and he manages to incorporate new wrinkles into the former while leaving the latter on the cutting room floor.