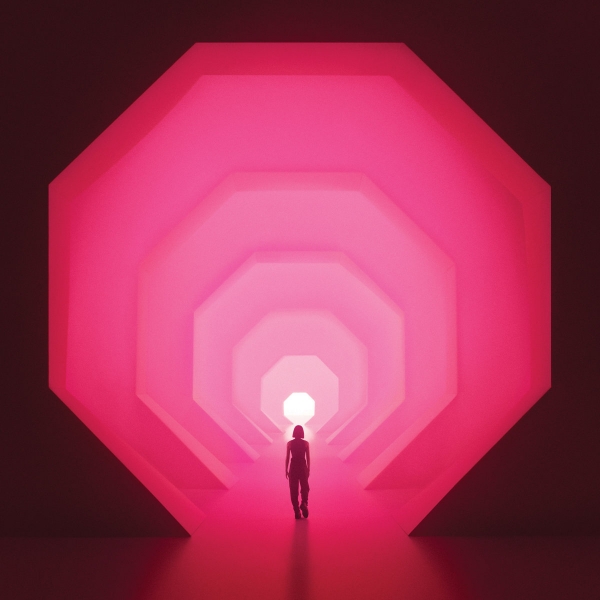 As we continue to spin through space on this ever-spinning sphere, Lapalux lets loose his roaming electronic symphony: his response to birth, life, death, and all the questions we often ask ourselves as we lay back and gaze at the stars.

Amnioverse is a merging of two entwined components: the amniotic sac and the universe – the idea that we are born into the universe and are forever linked with it, spiralling hand-in-hand in a never-ending loop. Stuart Howard, aka Lapalux, strives to translate this symbiotic relationship between human emotion and spirituality on his latest album, using a mix of modular synths and raw elemental sounds to piece together the puzzle. Fluidity flows freely throughout this record, with each track melting into the next, each song takes you one step further on a journey through Howard’s synthetic maze. “For me the real focus was that the whole record flowed,” he says. ”I worked on each song sequentially and wouldn’t stop working on a session until they fitted together and told the story that I wanted to tell.”

As you might expect from the themes of this album, this is a largely introspective, solitary listen. Tracks like “Oblivion” and “Voltaic Acid” are perfect for drifting off to; beautiful man-made serenades to get lost in. A sense of space and calm runs throughout Amnioverse, but it’s not all softness and subtlety, there is always the threat of a jagged synthline looming to pierce the equilibrium. “Hellix” is reminiscent of the outro in Frank Ocean’s “Pyramids”, its spoken word intro bleeding into a cloudy electronic soundscape dotted with sparse vocal samples and distant guitar licks. Howard’s love of deep kicks and mechanical grinds are ever-present, showcased by tracks “Earth”, “Limb To Limb” and the album’s title track “Amnioverse” – each song emitting its own hints of darkness to balance out the light.

As the album winds down with “Esc”, we are brought to its inevitable conclusion – the great beyond. It’s disorientating, harrowing, yet hopeful – the ending needed to complete the circle. The only thing to do now is go back to the start and enjoy it all over again.