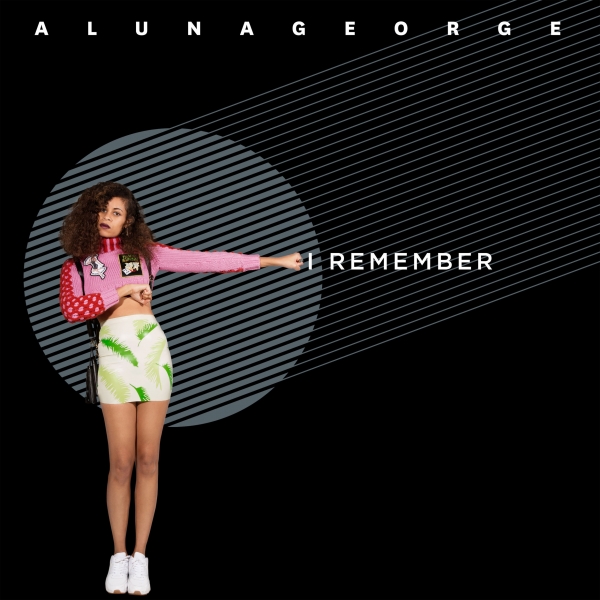 AlunaGeorge’s debut was a sleek collection of dance pop that kept listeners on their toes by subverting expectations and thriving on the impressive chemistry of Aluna Francis and George Reid. Their second LP sidesteps the sophomore slump by throwing in elements of more radio ready electronic music. The duo is touring the United States with Sia, and clearly aimed to give her some competition when it comes to stadium suitable songs.

The album kicks off with an absolute stunner. If I Remember was a movie, “Full Swing” would be the opening heist from The Dark Knight. The song is an absolute monolith, a gleaming obelisk of sound engineered for arena-level audiences in a way unlike nearly all of their previous material. New Orleans maverick Pell delivers a solid verse that’s more style than substance, but Francis’s s delivery is staggering; she sounds like she’s on a warpath for superstardom.

Often it can be hard for producer-singer duos to maintain an equal share of the spotlight, and projects that start out as a democratic enterprise often wind up with the scale tipping towards the vocalist. There’s a bit of that here, but Reid is a wonderful talent, and he offsets that by crafting distinct soundscapes that place Francis’s voice in a variety of different contexts.

“I’m In Control” glows with a Major Lazer-indebted island rhythm, and dancehall veteran Popcaan gamely quells any questions about the song’s authenticity. Making the track the lead single off I Remember was a definite risk, but it’s dubby enough to appeal to their diehards and served as a clear statement that the group wasn’t scared about expanding their comfort zone.

“Mediator” is a steamy throwback ballad that would be out of place if the strings weren’t digitized to the point of sounding chrome-plated. Francis shines at a slower tempo and drops some hard-earned gems about the act of playing both sides (“Picking sides is a foolish game / Cause in the end it won’t remove the pain). The non-committal sentiment is a unique take for this type of record, and it’s refreshing to hear Francis play the level-headed party where so many singers would opt for the easier role and go for the jilted lover.

“He wants minimal commitment so / You're in a difficult position now / I'm not gonna fight for both of you, you / I don't think this is fixable /I'm not gonna get political”, she sings.

The breezy “Heartbreak Horizon” is a near guaranteed hit; although it would’ve been intriguing to hear Reid experiment with fuller, more live horns.

Flume co-produced the title track, which is pleasing and surgically meticulous, but also sounds far more generic than anything else here. Francis’s vocals are chopped to the point that she could really be any replacement level singer.

There aren’t any bona fide misfires on I Remember, but the slow burn of “My Blood” doesn’t quite achieve its intended effect; the song is more low energy than it is stoic. Francis claimed that the song was her first attempt at political commentary, which is evident in the vague lyrics ("Always more to sacrifice / Insatiable appetite / When you look in the mirror / And there's no one that you recognize"). The decision to collaborate on the track with producer ZHU, who lacks any kind of affinity for subtlety, was a questionable one.

Steering towards a more mainstream oeuvre may seem like an obvious decision for an electronic duo looking to solidifying their footing, but remember that Disclosure tried a similar feat with Caracal and the results were far more mixed. I Remember isn’t a masterpiece, but it’s an all round strong record where both Reid and Francis solidify their complimentary strengths.