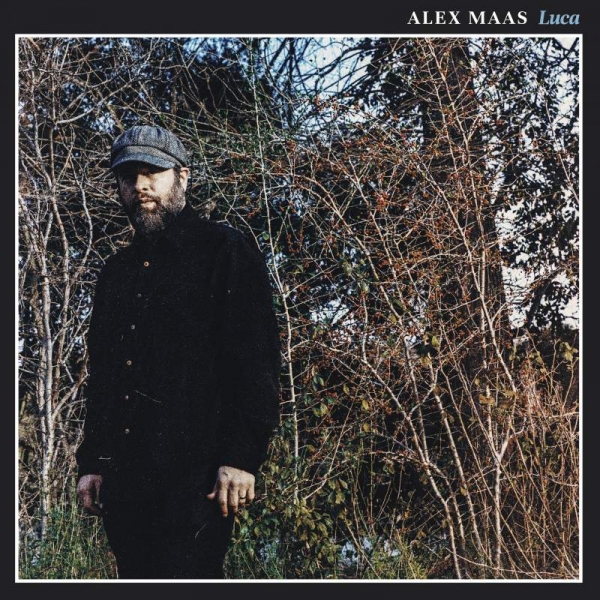 Alex Maas, together with his Austin troop The Black Angels, been at the forefront of heavy, doom-laden rock for over a decade, and as a founder of the Reverberation Appreciation Society and the Levitation festival, he’s put Texas back on the map as a central hub of all things psychedelic.

With his new album – his solo debut – he’s pulling at many of the same threads as he does in his band, but with a slightly more pastoral, more refined outlook. Where The Black Angels pound and scour, Maas by himself is more reflective – much like the difference in sound between the first and third Velvet Underground records.

Luca, named in tribute to Maas’ firstborn - whose name means “bringer of light” – has been pieced together with songs that stretch back over a decade, and was co-produced by Brett Orrison, an integral player in Jack White’s touring operation. The songs traverse dimly-lit and smoky terrain, and each of the ten songs offers something fascinating, without any sonic trimmings or pointless, meandering tangents – something much modern psychedelic rock is guilty of.

“The Light That Will End Us” is spare, and restrained, its sonic field populated by winding synths and hushed atmospherics. “500 Dreams” – the most obvious ode to parenthood on the album – is filled with wonderful, almost Lynchian sonic details that weave and wind, never staying too long before washing out.

Those seeking some of Maas’ signature gloom will find it on the glorious “American Conquest”, which directly addresses American gun culture and its lasting – devastating – effects on its citizens. At the polar opposite end of the spectrum is “Special”, with its haunting, delicate acoustic balladry and yearning sentimentality. “Been Struggling”, “What I Would Tell Your Mother” and “Slip Into” round out the main highlights of the record, and their close thematic bonds are examples – if any were needed these days – of Maas’ dedication to mood and tone and atmosphere.

This record is a little miracle. A man, known for his fire and brimstone psychedelic rock, has conjured an album of sparse and literate mellow folk-tinged rock, and it’s a delight. While some listeners will miss the bluster and fire of his main job, new listeners will find much to enjoy here.