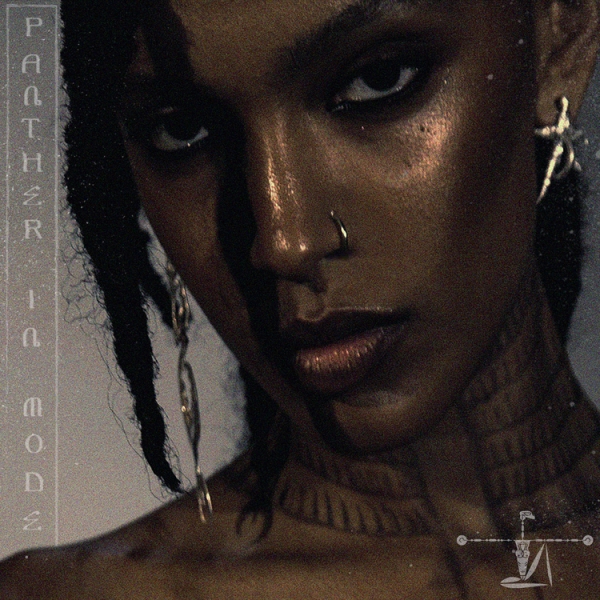 Alewya’s debut EP Panther In Mode is a comprehensive introduction to her as an artist, as well as a look forward into the future of dance music: her kaleidoscope of influences come together, drawn to one by Alewya’s own charisma, to make an EP that’s as cool as it is urgent.

Alewya is not just a musician but also a sculptor and an illustrator, and maybe it’s with that knowledge that her songwriting feels both deeply physical and vividly visual. You can hear the almost architectural design of each track built up carefully through the undertones and highlights – danceable beats are her brick and mortar, with every song on Panther In Mode being club-ready and inviting, their sonic framework swaying in time. The way Alewya decorates her house is what sets her apart: the music layered above the beat is anything from drapes of Middle Eastern scales to ethereal vocal layers to glimmering, barely-there bass. There’s a real variety across the mere six tracks of the EP, but what remains constant is Alewya’s deft creation of her unrelenting atmosphere - always dark and dreamy.

Her deftness at maintaining the atmosphere definitely comes from Alewya’s personality at the centre of Panther In Mode. Some of the EP’s standout moments are when it’s stripped back to barely anything but her voice – “Channel High” sees Alewya’s rapping brought more to the forefront than we’ve heard anywhere else, cutting through the mesmerising instrumental haze for an intimate few bars. Elsewhere, Alewya’s musical dexterity is evident in the fact that her delivery rivals the rich textures of the music she’s competing with, weaving around with symbiotic passion. “Spirit_X” is one of the EP’s most driving tracks, surging forwards with dense percussion and slicing synth which Alewya’s entrancing vocals more than compete with.

Polished and precise without exception, this is a dangerously good debut from Alewya. Every beat, every influence, every playful new element that Alewya brings in crystallises into something that shivers with power without losing sight of its genre’s raison d’être – to make music to move to and lose yourself in.