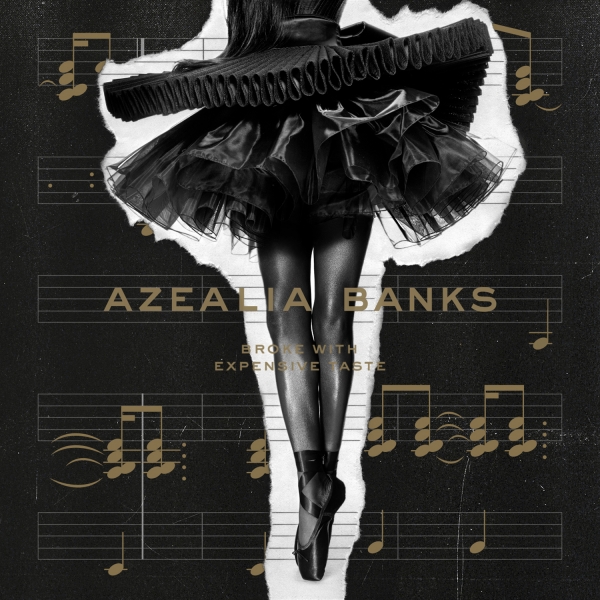 It happened – you all know it by now – she dropped the first LP. And hasn’t she kept us waiting? It’s been so long coming, the world had stopped holding its breath. Then, on November 8th, it hit us like a slap in the face.

Actually, maybe that's an inept metaphor. Perhaps it hit us all so hard precisely because it didn't lead to yet another article about Banks threatening to hit someone – Eminem, the 'ugly one' from Disclosure – or making injudicious comments towards people based on their sexual orientation or perceived effeminacy – see last year's spat with Perez Hilton.

Banks appears to give literally zero shits about what you, I or anyone else thinks about how she presents herself via social media. If she has an opinion, she expresses it. If she wants to self-release an EP, she does it. This hasn't necessarily always worked out for her. The self-proclaimed “bitch who wants to compete” has had her ascent to the top repeatedly stalled by issues with label Interscope. But it's empowering to watch her expose gender-biased double-standards faced by women in music, and witness her resist the imperative to “play nice”. Fuck that.

And now she's finally done it. The LP release swings the focus right back to where it should be: on the music. At sixteen tracks in length, the album is practically a collected works. And like all ambitious artists who are in the business of mythologising themselves, there's plenty of 'herself' in here: from the auto-citation in “Young Rapunxel”, which rhythmically references her biggest hit “212” alongside Mary J Blige's “No More Drama”, to “Miss Camaraderie”, a song written about a perfect relationship and which she describes as being the most meaningful song on the album to her, Banks is weaving her own legend.

There's a lot that will be familiar on this record, particularly the notorious “212”, but even familiar material, like “Gimme a Chance” has been reworked for the album. The album version has lashing and lashings of heavy horns, in stark contrast to a version that has been floating around for two years that relies pretty much solely on the playful, sexually charged wit of Bank's lyrics and a bass-line. “Luxury” plays on the same smooth seductiveness as “1991”, and shows Banks exploring all the timbres of her voice, with an experimental verve that is more reminiscent of Kate Bush than any of the 'related artists' you might find her lumped with on platforms like Spotify or Last FM. If nothing else, the LP is a showcase for Banks as a vocalist. She has a great instrument and she knows how to use it.

At all times, the album feels as if 'the club' is the notional the space it wants to inhabit. But the imaginary nightspot that Banks is writing for is the weirdest club on earth. Broke With Expensive Taste uses high production values to blend genres and keep you tripping over your own expectations as you wander from UK Garage, to Caribbean calypso, to Harlem jazz, to Italo disco, to Latin rhythms, to fake 50s surf-pop, courtesy of Ariel Pink. (Yeah, that's right. Ariel. Pink.) It's like wondering from room to room through the best Oceana that never existed. What else would you expect from an artist who is both renowned for her flagrant use of the word 'c**t' and her references to fairy-tales and Disney movies?

Broke With Expensive Taste is a mind-fuck. A brilliant, brutal mind-fuck, in the way that great albums tend to be. There are no 'sound-alike' comparisons to be made, because it really has no equivalents. And for a few years work from a twenty three year old, that's really not bad going.