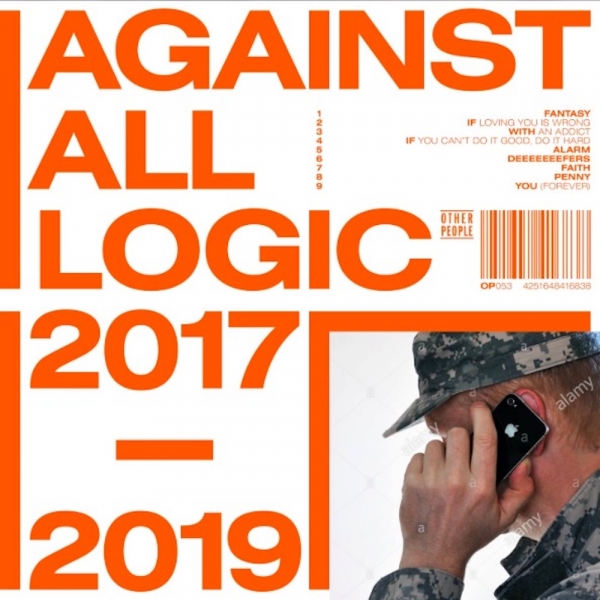 In the nine years since his ground-breaking debut, Space Is Only Noise, New Yorker Nicolas Jaar has covered many bases.

Be it via the dystopian neo-classical glitch of that debut, his ambient proto-electronic excursions into film scoring, or the soul-and-Krautrock fusion he explored as one half of Darkside, Jaar is always expanding. But despite being ultra-prolific, let’s not gloss over the fact it’s been four years since a release under his own name.

Whatever guise he uses, there is a pervading sense of intensity throughout. Although the sound of the nightclub drives the majority of Jaar's output, the majority tends to be more geared toward home listening (apart from Nymphs, the pounding club-ready 12” series compiled on his Other People imprint in 2018). However, the material he makes to get down to is here, under his alias, Against All Logic.

Fresh from playing a key role on last year's Magdalene by FKA Twigs, he revisits his AAL guise used to so effectively show off his playful side on the disco sample-led material compiled on 2012 - 2017 (2018). This follow up turns the light down a notch or two; descendents of the uplifting material on the previous compilation are hard to find here. This is much darker, the claustrophobic atmospherics synonymous with his other material infecting many of these tracks, with thrilling results.

The stop/start breakbeat bounce of "Fantasy" reconstructs Beyoncé's "Baby Boy" with distorted analogue beats and electronic scuzz, making Bey sound more vital than she has in quite some time. "If Loving You Is Wrong" begins as a mellow house cut before transforming into a mutant synth work-out with cut-up vocal samples and feedback, his mastery at fusing beautiful sounds with something ugly on full show here.

The rest of 2017-2019 does away with such folly, from hereon in its heads down. "With An Addict" fuses electronica with drum 'n' bass in a mid-'90s Aphex Twin kind of way, the Lydia Lunch featuring "If You Can't Do It Good, Do It Hard" is an abrasive EBM/gothic thrill which works best with the lights out.

This techno minimalism is continued on the furious clanking of "Alarm", which indicates Jaar has been listening to a lot of Paula Temple of late due to its chaotic execution. Belgian Nu-Beat informs the angry rush of "Deeeeeeefers", while the influence of iconic electronic sounds from Underground Resistance and Robert Hood make "Penny" a surprising dabble with tech-soul.

Hearing such uncompromising tracks from Nicolas Jaar may seem quite a surprise, but this is a master of an "anything goes" approach. On 2017 – 2019 he again shows us why he is one of the most vital electronic acts of the 21st century.