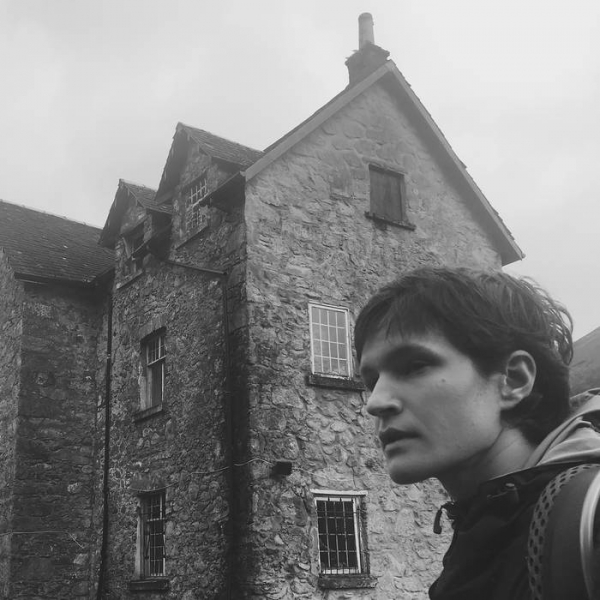 If you’ve ever been to Gullfoss, one of Iceland’s most impressive waterfalls, it’s not the view, although beautiful, that leaves a lasting impression: it’s the sheer volume. The sound of the water hurtling over the cliff edge and thrashing against the water below can be heard for miles. The power of it is certainly an ego check and leaves you feeling small, even anonymous. Adrianne Lenker’s latest solo record Abysskiss encapsulates this feeling.

For Lenker, though, nature’s ability to intimidate is something in which to revel. To her, nature and the questions it poses - "why does the sun rise and set?", "why does the river run to the sea?" - represent the abyss, while our experiences of those things represent our human connection to it, quite literally us kissing the abyss, hence ‘abysskiss.’ In ten aptly small songs Adrianne evokes our ability to vanish at the feet of nature, creating a black hole all of her own that’s both comforting and suffocating.

Lenker creates this cocoon-like soundscape with little more than her voice and a guitar, though a rogue keyboard does appear on lead single "Cradle". When you’re the writer of some of the best songs of recent times with your primary band Big Thief there’s little more you need. There are variations in speed and tone from song to song but they may not hit you on first listen; instead they’ll come up from behind you as much of this record does.

Before you interact with nature, first you need to be born, which comes on the first line of the record: "warm, so warm, screaming in the field as I was born". This opening track, "Terminal Paradise", is a thing of absolute beauty, the guitar pluck is brooding yet fragile while the lyrics manage to create an imagery that few other artists are capable of: "see my death become a trail and the trail leads to a flower / I will blossom in your sail every dreamed and waking hour".

Birth is explored again on "Womb". Musically this is more of a traditional folk song, you feel Lenker might start stomping her foot in rhythm with the guitar at any point. She never harbours from describing the pain that comes with birth, singing ‘when you hold me to your breast you’re bleeding as I bleed,’ and centres the whole song around a beautiful chorus where she warbles "the eyes get heavy in the womb".

While it may seem like a very pretty record up to now she does flirt with her more bristly side. Both "From" and "Symbol" begin coarsely with riffs that bristle and lyrics that repeat mindlessly, in fact they’re reminiscent of the angst that filters through Nirvana’s Nevermind. With Lenker, though, beauty is never far away and both songs unfurl into beautiful choruses, again marking her out as an artist who has the ability to use contrast to get to the real heart of the listener.

While there’s a rough side to the record, there’s also a childlike quality to it. You can hear this in "Cradle" when she trails off with a drifting "da da da" over her spare instrumentation and on "Blue and Red Horses" when she charmingly sings, "little red flower on your wrist maybe the angel fired and missed".

When describing how nature can make us feel small and anonymous, Lenker says that "feeling reminds me of being in private, like kind of disappearing into the fabric of something and feeling its power and feeling like a part of it". Little did she know that with Abysskiss, she would create a space just like that, somewhere to conceal and heal yourself when the world outside feels a little daunting. On the final track "10 Miles", she offers you an escape route from her little idyll: "I’m warming up the car 10 miles away". There’s no way on God’s Earth that you’ll want to take it.