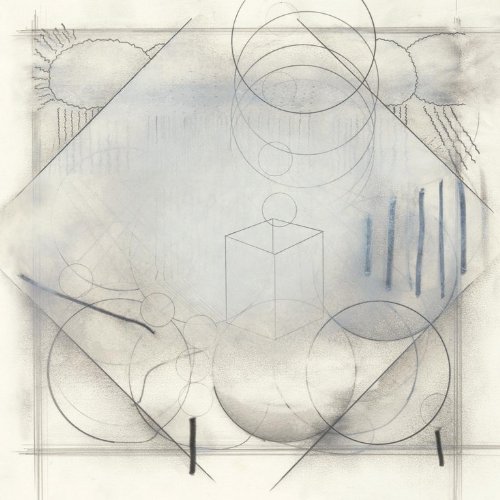 Writing about music we’re wearily accustomed to the hyperbole of the press release, but this – this is something else. “Ghettoville is the bleached out and black tinted conclusion of the Actress image”, it opens, “where the demands of writing caught the artist slumped and reclined, devoid of any soul… Four albums in and the notes and compositions no longer contain decipherable language. The scripts now carry tears, the world has returned to a flattened state, and out through that window, the birds look back into the cage they once inhabited.” Well, it beats fawning sycophancy.

It also sets quite the tone. Actress’ Darren J. Cunningham has form in this area, of course – his last album was called R.I.P. – but Ghettoville takes the weary, cold-rinsed melancholy to the point where someone should probably be calling the Samaritans. From the cover image with its random, disassembling shapes and prison-cell etchings fading into beige to the song titles that read like broken poetry or the keywords from a dystopic future noir – “Towers” and “Contagious”, “Frontline” and “Don’t” – this is a study in deconstruction, in artfully breaking down.

It opens at its lowest ebb, with “Forgiven” a dark night of the soul of bruised minimalism, of rain on metal beneath a gathering storm, drawn-out and colourless, and breaks down further in “Street Corp”, computer code looped in a crash cycle. “Corner” and “Rims” tear the the other way, a chemical mood-swing of half-heard whispers and driving bass and shuffling beats, an uneasy dancefloor on the tipping point between coming up and coming down.

To be clear, this isn’t dinner party music. Nor is it music for driving a car, or a morning commute, a night out or for operating any kind of heavy machinery. Put this on in a club and there will be blood, and, later, intense and prolonged introspection, of individuals spaced apart and musing on their life choices. Ghettoville is lonely and solipsistic, music for 3am and the glow of streetlamps and the distant reflections of glass and steel, of crumbling urbanity meshed with neon glow and shadows cast long and deep.

But it would be wrong to call it bleak. The palette might be be sparing but, as we’ve sadly learned, there are many shades of grey. Mid-album highpoint “Gaze” builds from a simple loop to something damn-near danceable, hands threatening to raise to the sky and limbs twitching mutinously by the close. Elsewhere there’s echoes of Daft Punk before they went all mirrorball, in the ruthless Homework grind of “Birdcage” and “Skyline”, and “Rap” and “Don’t” and closer “Rule” foreground fever-dream vocals, a hint of humanity lost in the machine, the latter finally submerged beneath a wash of synths and melody.

“A fix is no longer a release”, that press release concludes, “it’s a brittle curse”. And yeah, perhaps that’s true – that the highs necessitate the lows, and beget the need for higher highs, as fleeting as they are. But this isn’t an album about the highs – they’re there, but they aren’t the point. It’s not a fix either. It’s a seventy minute sustained gaze into the dark, uncomfortable at first until the eyes adjust, until the patterns take shape and those shadows start to dance. And if Ghettoville is to be a suicide note then maybe Cobain was wrong: maybe it is better to fade away, beats and reverb finally ebbing out into the void, alive and vital to the last.