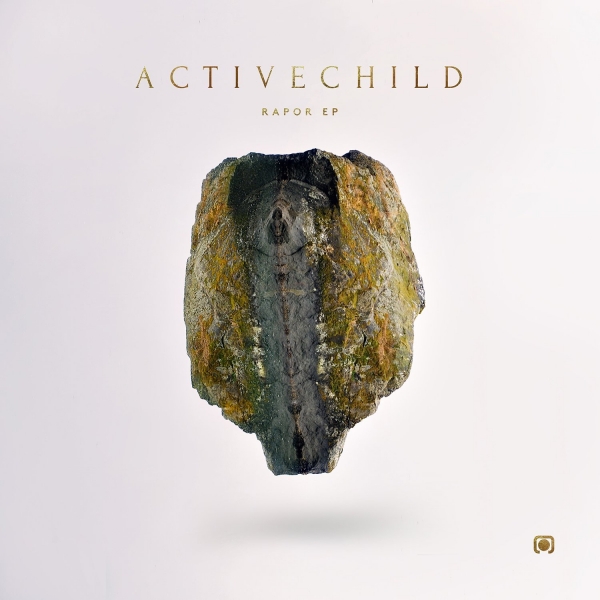 ‘Active Child’ sounds a bit like a toddler caped crusader with the lamest superpower. In reality, it’s Pat Grossi, dream-pop/future R&B maestro, sans mask and spandex pants (probably). The Pasadena, California, native spins a fine sonic silk, juggling a fracas of infinitesimal details, lunging pop meathooks and enough emotional gravitas to make even Terry Crews weep. We rather liked Grossi’s debut LP (You Are All I See), with Matt Dando describing it as “a terrifically ambitious debut record; one which displays a rather unsettling sense of despondency but evades being negatively dragged down by it.” It was brimming with experimental harp passages, quivering falsetto and balladry of a Blake-ian ilk.

Fast-forward two whopping years, and we have Grossi’s follow-up proper (he’s dabbled a bit here and there, but we’ve not had anything chunky to feast our ears upon). On Rapor, his six-track EP, Grossi unveils his altered form. Heavyweight feeling is still a pillar; heartache is a tenet. However, he’s almost/kinda/sorta returned to his debut EP’s “danceable air,” upping the ante from the anthology of misfortune that was his first record. There’s still a spray of the lovelorn aortic ransacking, but there’s also a few moments where you see Grossi’s pop bent shimmer.

“Subtle”, featuring the ever-awesome Mikky Ekko, is one such cut. Sparse, glimmering synth bass flirts with the post-dubstep clicks in the verse, but when the chorus hits, everything goes distinctly MJ – it’s swollen ’80s electro, dripping in all the glitter and pomp of a true classic pop anthem. Another effort that distorts the boundaries of Grossi’s style is “Feeling Is Gone”; again there are lashings of ’80s new wave, though as it lacks Ekko’s wild additions, this veers more towards the tearjerkiness we’ve grown accustomed to. The vehicle which drives his sadness is different though, and it feels like a kindred spirit with Lesley Gore’s “It’s My Party”, just retold for the 22nd century.

Other numbers, such as the Ellie Goulding-guesting “Silhouette” are more traditional fare. The next chapter of an apparently strong bond between Goulding and Grossi (she covered Grossi’s ‘Hanging On’ for her record Halcyon) sees the two duet amongst epic rhythms, clarinets and neo-classical harmonies. It’s fresh like peppermint, and though it’s innately maudlin, there’s an ambient warmth invoking visions of hope and contentedness. Goulding’s normally ingratiating warble actually slots into the track gorgeously, and provides a more natural contrast in timbre to Grossi’s falsetto.

The release of Rapor hopefully marks the beginning of a new era for Active Child (i.e. he brings out another full-length in the near future). The EP is a wonderful bridge. It provides plenty of new ideas and tones to the table, whilst retaining some of the most impressive parts of his back catalogue. There’s a variety of moods available. It’s a very well-rounded EP – every box is ticked – and we’re left clamouring for more when the dust has settled.