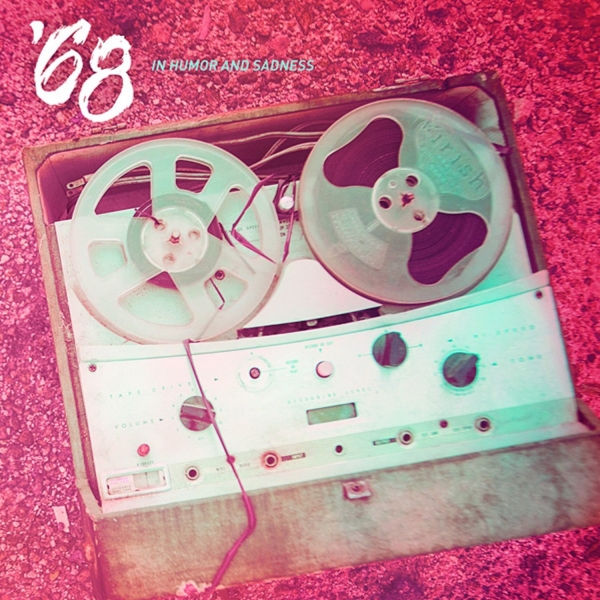 Josh Scogin knows how to make a mighty racket. Whether in Norma Jean, The Chariot or his new project ‘68, the man knows how to get loud. His throat-shredding screams (and his yells) and his penchant for churning up aural chaos are among the best in metalcore and post-hardcore. ‘68’s debut long player, In Humor and Sadness, doesn’t stray too far from the formula that Scogin and others have perfected over the last decade-and-a-half. Torrents of wind-milling guitar and controlled-spasm percussion from drummer Michael McClellan are found all over this record.

Anyone who’s familiar with Scogin’s work knows that these are dense compositions going in. Rarely does he work within linear songwriting, and it’s largely to his benefit. With images like “You’re a six-foot man in the middle of a grave” and “I am the troubled waters/Make no mistake,” the music had better match such imagery. “Track 3 g”‘s two halves dovetail perfectly: the opening riffs whirl as if they were drowning and then triumphantly gasp for air over an arena-ready “whoa-oh” bridge, only to find themselves pulled back under the current a moment later. Meanwhile, “Track 8 o” stutter-steps forward like a person driving a manual transmission for the first time before being poured into a bubble-bath of melodic guitar.

Fittingly, those are juxtaposed with songs like “Track 9 t,” a largely percussion-less composition. Here, Scogin picks indie-esque guitar lines over minor-key piano plinks and sings, “I can understand your hesitation/But you can’t understand mine/And I’m hoping you hear me/Because I know you are blind.” In true Scogin fashion, though, the seemingly straightforward cut gently eases itself into a coda of swishing guitar fuzz. Similarly, the catchy shuffle of “Track 6 t” is viciously attacked by guitar squonks before soaring into a cinematic climax that would perfectly soundtrack the guy winning back the girl in a downpour.

Because why not, right? The free-form feel of the songwriting here isn’t by accident: Scogin booked studio time for ‘68 before he even had created the project. While there, songs were written in the studio and then tracked by McClellan the dame day. Mistakes made during the recording process (like a broken amp) were kept because they “felt human.” With ‘68, Scogin’s goal is to capture the just-go-with-it feel of a live setting. This looseness gives Sadness its own atmosphere, if only for that reason. It’d be intriguing to hear what would happen if Scogin and McClellan mapped out songs in a more traditional sense for the next album, but, as it stands, we have a unique voice in extreme music that’s always worth hearing from.