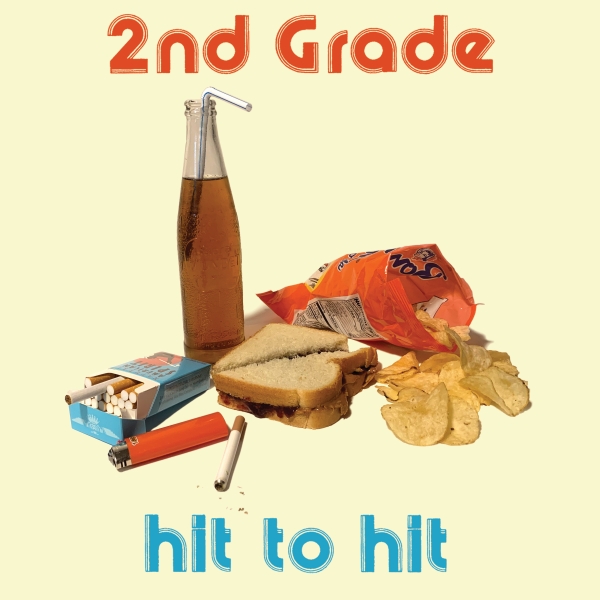 It can sometimes feel like we spend our whole lives waiting for the summer.

Whether it be as distracted schoolkids, gazing out windows daydreaming of escape or as adults looking to loosen the suffocating grip of work and responsibility there is often a lot riding on the potential the season offers.

A balmy summer air hangs heavy over 2nd Grades Hit To Hit. Written in bandleader Peter Gills back garden in Philadelphia it holds within its 24 peremptory tracks the hazy recollections of nights that never saw the sun set. Sharing the same stylistic dexterity of Guided By Voices, the record mixes up a cocktail of classic rockabilly, west coast surf jams and slacker indie pop. Within the bleach washed guitars of “Over and Over” are traces of The Lemonheads, while the faded outlines of The Beach Boys are also never far from the surface. There is also a healthy embrace of country in the springboard bounce and wiry guitars of “Shooting from the Hip” and the lovesick road tripping of “100 Hrs”.

The record may be 24 tracks long, but it is delivered at such a speed that it packs its punches long before the ice in your drink has a chance to melt. Gills outpouring of instant hooks leaves little need for him to draw his ideas out. Planting seeds in the listeners mind he is unconcerned with sticking around to watch them grow. As such the tongue in cheek confidence of the records title becomes hard to argue with as each new melody becomes as stickier than the last.

Hit To Hit isn’t all short snatches of power-pop. “Summer of Your Dreams”, one of the records sweetest moments, is disarming in its emotional pull. Filled with the nostalgic ache of those lamenting the season as the first leaves begin to turn it also finds Gills abstract lyrics narrowing their gaze to take a stand against loss and fear. (“But a song won’t father you / And your mother is already gone”)

This summer is unlikely to be one that anyone envisioned or is looking forward to. In Hit To Hit there's more than enough joy to distract from the collapsing world around. It is a repository in which to place your hopes; an opportunity to relive summers past and look forward to those still to come.