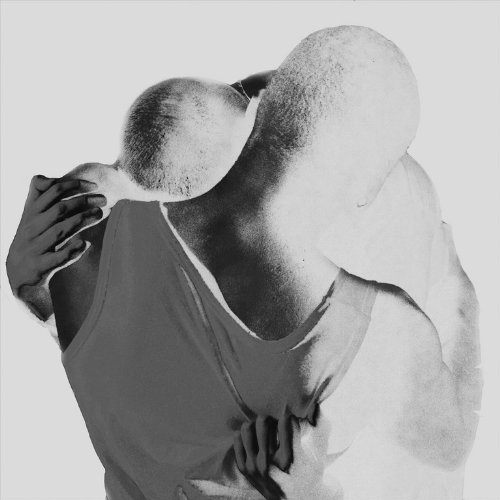 It’s fair to say that a great deal was expected of Young Fathers’ debut album. Having been responsible for two of the most violently brilliant releases of 2013 – the double salvo of furious sonic innovation that was Tape 1 and Tape 2 – the anticipation awaiting Dead has been feverish. Those two mixtapes, fearlessly juxtaposing spoken-word lyricism with sledgehammer drumlines, exhibit the kind of intrepid sonic adventurism that most bands would kill for. Throw in Young Fathers’ penchant for soul-influenced vocal harmonies and their self-confessed pop instincts and you’re left with one of the most staggeringly exciting sounds of recent years. Clocking in at a mere 20 minutes apiece, those mixtapes provided a tantalising glimpse of Young Fathers’ potential, but their brevity begged a question – would that standard of genre-defying, sonic acrobatics be sustainable over a full LP? The release of Dead would give us that answer.

What’s clear from the first spin is that Dead sees the group step back from the brutal instrumentation of some of their previous releases. Whereas tracks like “Deadline” or “The Guide” could easily go toe-to-toe with any Death Grips cut in terms of gut-wrenching percussion, Dead sees Young Fathers take their sound down a slightly more melodic route. That’s not to say that the album is lacking in vigour – album opener “No Way”, with it’s almost cappella-style vocal arrangements, may lack the bassweight of previous releases but it’s still a track bursting with energy. This combination of clattering drumlines and surging chorus makes for a rousing statement of intent – one that blows any early fears of unmerited hype straight out of the water.

While detractors might well try and pass off Young Fathers’ lyrics as unnecessarily opaque, to do so is lazy in the extreme – there’s a poeticism in some of these lines that demand better. “Mmmh Mmmh” sees them deliver some of their finest work to date, embarking on murky, non-linear diatribes from over a backdrop of sparse, echoing percussion. While the narrative is hazy at best, the language brims with an imagery that lends the track a vivid sense of cinema. There’s a call to “suffering Isaac”, warnings of “the baby-faced charlatan”, and secretive allusions to “the accidental incident”. Critics will call these lines a cop-out – a lack of originality hiding behind artistic obscurity. And yes, admittedly when Graham ‘G’ Hastings announces “I got a sliver of insight from Vladimir’s windpipe”, there’s almost no way of knowing what exactly he’s telling us – but by Christ does it get your imagination going.

The group’s evocative rap lyricism is only half the story, however – the group’s pop and soul sensibilities are just as prominent, giving rise to an album full of intriguing juxtapositions. Dead is a record that swings chaotically between menacing rap onslaughts (“Mmmh Mmmh” and “Hangman”) and almost gospel-choir vocal arrangements (“Am I Not Your Boy”). You might expect such jarring contrasts to threaten a record’s stylistic coherency – that the constant interchange between sinister rap and soaring, raucous soul would be enough to throw a track’s emotional register. Somehow, though, that particular pitfall is avoided – cutting between rap and soul vocals gives Young Fathers a huge options in terms of their music’s stylistic (and emotional) latitude, something epitomised by closing track “I’ve Arrived”. Beginning as a brooding spoken word narrative, the song soon evolves into a soaring patchwork of overlapping harmonies as various vocals are layered over one another. The end result is a wonderful track, one that rapidly changes shape and colour before your eyes, never staying still and keeping the listener firmly on their toes. It’s this capacity such wide-ranging diversity that keeps the record so remarkably compelling – Dead is an album built on a relentless barrage of sounds, ideas, and experiments. Whatever you think of the album itself, it’s certainly never boring.

Perhaps the highest praise you can lavish on any band is to say that they have successfully captured a sound of their own – that they’re music is theirs, and unmistakably so. Young Fathers have not so much captured their sound as they have chiselled it afresh from the Earth’s core. Many bands spend their entire careers being compared to a host of their peers and predecessors, operating more as an amalgamation of influences than creators in their own right. Others, however, become just the opposite – the cultural touchstones against which other artists will always be measured. With Dead, Young Fathers have become on those bands – it’s like nothing else out there.