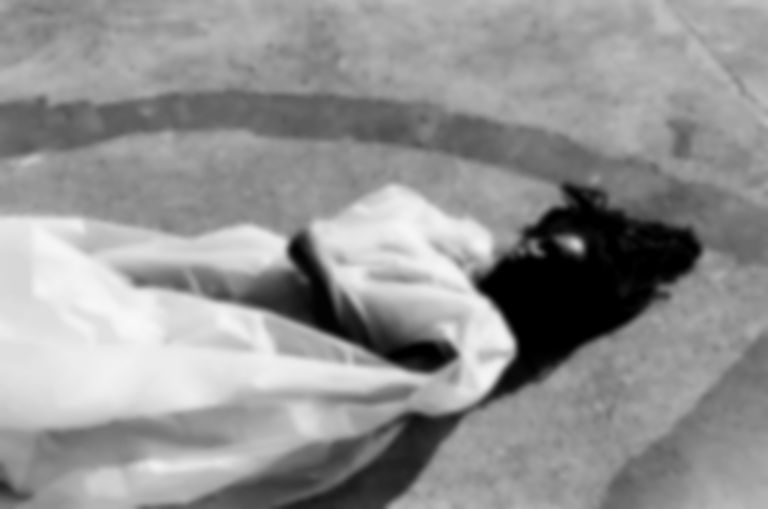 Milton Court Concert Hall, a Barbican-owned space within The Guildhall School, apparently has the largest audience capacity of any of the London conservatoire concert halls. That feels like an important fact because tonight feels important, tonight feels big - because Moor Mother’s ambition and vision is big.

The Philadelphia based interdisciplinary artist’s talent (musician, singer, poet, activist, Afrofuturist, sound experimentalist) seems to surpass the length and breadth of this place, but also is well suited to such an auspicious atmosphere.

Tonight Moor Mother (real name Camae Ayewa) presents The Great Bailout, her first collaboration with the London Contemporary Orchestra. The Great Bailout is, according to its press release, “a free verse poem that acts as a non-linear word map about colonialism, slavery and commerce in Great Britain and the commonwealth.” The programme also describes how the word “bailout” specifically references the fact then when the 1833 Slavery Abolition Act came in, it ensured that hefty compensation was paid out – not to those who had been forced into slavery but to the registered ‘owners’ throughout the British Empire.

On stage we learn that The Great Bailout is an eerie, surreal, ever evolving jazz beast - and most definitely a realisation of her desire to “fuck up some classical music.”

After opening sets from South London producer Klein and violinist Galya Bisengalieva, Ayewa takes to the stage against a backdrop of red, white and blue lights. We can’t help but feel this must be intentional. She is joined by Bisengalieva (who leads the group), viola player Alison D’Souza, pianist Katherine Tinker, and percussionist Ric Elsworth (whose array of instruments this evening is as impressive as it is loosely defined).

The set is divided in to three parts, but the free-flowing improvisation and lack of clapping in the pauses from a hushed audience reverie means those divisions are not as clinical or clear they may sound. We are taken on a journey from a deconstructed version of the British national anthem – where the bubbling synths provide the tension and Aweya’s repeated vocals howl in desperation - via gospel and African soul elements and furious cries of “Who builds death like this?”, to the final industrial clangs and slow brutal beats of “Liverpool Wins” (referring to a period of time when the slave trade in Liverpool was so lucrative it surpassed London).

It is somehow an incredibly intimate but bold evening, with Ayewa’s fierce intensity and incredible vocals highlighting the horrors of a past we too easily forget – shining a light on the worldwide scale of the trauma. Speaking before tonight’s performance, Moor Mother said “At the end of the performance, it has felt like people want to talk – and I wanna hear what people are saying. This should be a conversation.” It is, those spilling out into Milton Court’s foyer and the street below have nothing else on their lips.