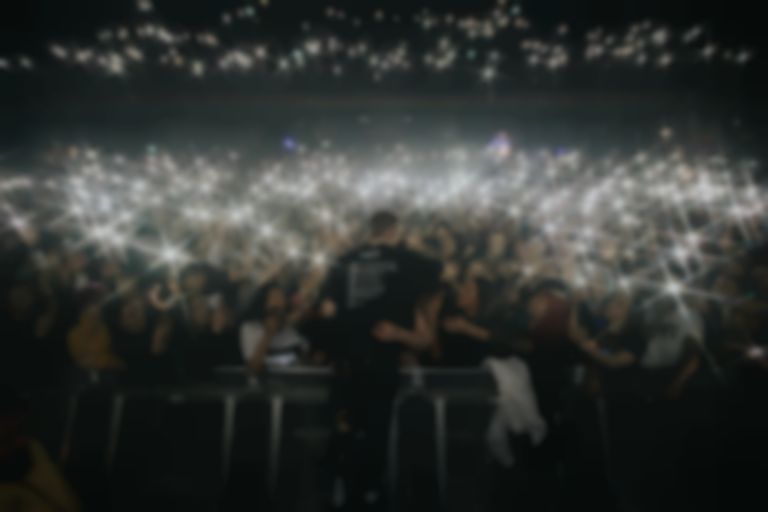 Feelings were running high - and low - as Lauv closed out his European tour last night (5 November), with the second of two sold-out shows at London's O2 Forum Kentish Town.

Amassing fans and streams in the millions since he debuted in 2015, tracks like "The Other" and "Reforget", taken from his now retired EP Lost In The Light, are still a mainstay in the singer/songwriter and producer’s live set. But a lot has changed over the past four years.

Ari Leff’s Lauv moniker has come to be more than just a stage name and more than just a vehicle for heartfelt break-up songs, none of that is more clear than at his live shows. From the lyrical content of tracks from his forthcoming debut album ~how i’m feeling~ to the My Blue Thoughts initiative he runs at every venue, Lauv’s candidness and openness to discuss the details of his own struggles with mental health strike a chord no matter how many times you’ve heard the story.

A pre-recorded monologue from Lauv rings out to a sea of silent, respectful fans in which he explains the period in his life where he decided to get help. From days in bed and more moments crying than not, he talks about the extreme anxiety and obsessive negative thoughts he was experiencing that made him question his music and moreover his identity. With the help of his friends, family and team, he started taking medication and going to therapy and slowly, but surely he began to feel like himself again. The monologue is a prelude for "sad forever" – Lauv’s most intimate release to date which sees him cataloguing all these emotions in his declaration: "I don’t wanna be sad anymore."

The concept of identity is something that informs a lot of Lauv’s work. Dismissing the unilateral identities platforms like Instagram can co-opt us into creating for ourselves and calling bullshit on the "personal brand" – Lauv preaches that "humans are complicated, complex and very diverse", stressing that we should be able to embrace every party of our identity should we so choose. Lauv embodies his ever-shifting self through six different PCs; positive Lauv, existential Lauv, hopeless romantic Lauv, spicy Lauv, goofy Lauv and fuck boy Lauv.

The more muted moments of the set created a space for reflection. Lauv’s one-night-only rendition of "Light Rain" – a track officially released by his dog Billy under the stage name WOOF! IT’S BILLY – was only known by a select few in comparison to big streamers like "Never Not", the closing track on Lauv’s I met you when I was 18. playlist. But both tracks’ are filled with an emotional clout which resonates deeply until the infamous opening lines of "I Like Me Better" kick in and we’re transported back to the beginning… "to be young and in love in New York City."