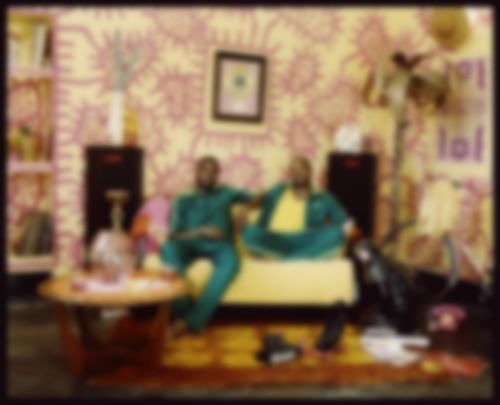 The mysterious West London duo – simply known as T and J – grabbed attention in May with “Platoon” and have played regional and even European shows before coming to the capital’s little-known Chat’s Palace.

Shrouded in smoke (anyone hoping to learn more about their identity would have been disappointed) and welcomed by a fitting chorus of Jungle creatures, the band emerged to a typically funk-fuelled jam, slinking effortlessly into latest single “The Heat“.

All their soul and swagger translated to the live setting, particularly thanks to a sumptuous drum sound and some gospel-like backing vocals. Slick and regular interchanges between instruments showed-off the early professionalism, while “Drops” showcased romantic, late-night depth in song-writing as well as the quality of their crying falsetto.

Following the melodic brilliance of “Lucky I Got What I Want” and a couple of disco-dancing, trumpet-sampling new tracks, an elongated jam of their aforementioned debut cut wrapped-up the short set – a staccato, dancing refrain of “Go tell who you want to” ringing out to the very end. When it comes to Jungle, we want to tell everyone.