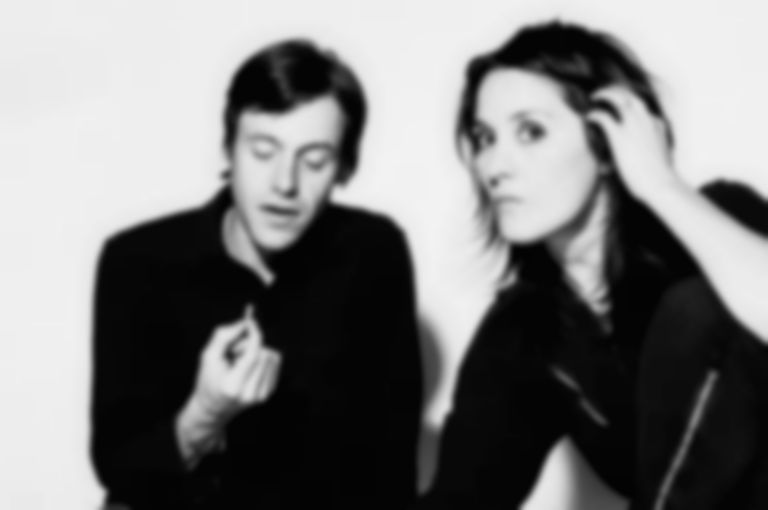 Tonight (10th September) DRINKS - aka the velvet-voiced Cate Le Bon and White Fence’s psych-lord Tim Presley - brought their collaboration to a London stage for the first time at The Lexington, after their rapturously received set at the End Of The Road festival this weekend.

Backed by Le Bon ‘s regular collaborators - Sweet Baboo on bass and Daniel Ward on drums - Presley stood centre stage and Le Bon, as ever, faced sideways to the audience on the left. Their wondrous set featured all of debut album Hermits On Holiday.

Live they added to the improvisation of the record with a dose of extra psychedelia courtesy of the super spaced-out guitar playing from the alt-rock soulmates and the fabulously fluid rhythm section. They signed off with suitably improvised dance moves, Le Bon and Presley waltzing together whilst the outro music played.

When they spoke to Best Fit this summer, DRINKS told us their collaboration is a work in progress with more albums to come and after this European sojourn they’ll tour the US before returning to their day jobs. Presley is currently working on new White Fence material and next up for Le Bon is her fourth solo album, due early 2016, with the addition of Warpaint’s Stella Mozgawa on drums. But on tonight's evidence the next fruits of their work together can't come soon enough.

Laying Down The Rock
Cannon Mouth
Focus On The Street
Hermits On Holiday
Cheerio
Tim, Do I Like That Dog?
Spilt The Beans
Eighteen Teenage Revenge Pair
Time Between
She Walks So Fast