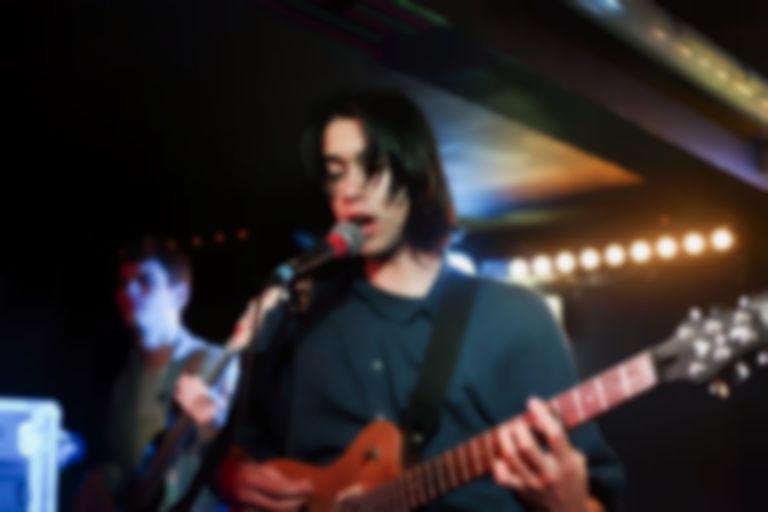 The Philadelphia singer, who found fame after being discovered on music website Bandcamp, headlined the NME Awards Show with Austin, Texas at The Lexington last night (1st February) with support from Stevie Parker and Claudia Kane.

Starting the set on a high with the melodic “Boy”, one of the strongest tracks off his 2014 LP DSU, he then moved onto newer numbers including lo-fi instrumental “Walk” and the Yuck-tinged “Bug”. The lyrics here were far from sophisticated, but they needn't have been, as the songwriting skill and weight of riffs stood out proudly.

G soon slowed down the pace with Beach Music cut called “Salt”. Although one of the weaker performances of the night, he quickly won the audience back with the tender in “In Love”, where gentle guitars took the place of horns and delicate piano.

“Snot”, the grungy final track on Beach Music, followed before Alex tuned his guitar for an impromptu encore, where the crowd "can shout the shit out that they want to hear and the band will play it". In the meantime, the other guitarist, drummer and bassist jammed, turning from improvised shoegaze to a funky version of Randy Newman’s “You’ve Got a Friend in Me”.  Alex restarted with old favourites “Mary” and “Icehead”, helping him round up a memorable return to the UK.