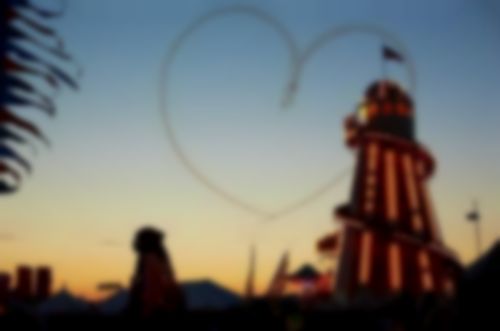 Secret Garden Party has always set itself back from the festival market – defining itself not by it’s line-ups, but by the stories people leave it with. And that’s a pretty great thing in a market flooded by the same acts playing the same foray of festivals year on year.

While SGP might still have this year’s pop regulars gracing its stages, bringing the previously retired Faithless to its main stage isn’t something that should go under the carpet. Likewise, with Regina Spektor playing a festival exclusive for the summer, and more acts promised as secret special guests unannounced because they’re tied into contracts at other festivals, Garden Party boasts a promising musical line-up.

But that’s not what this festivals about – remove yourself from the stages and you’ll find yourself in fields that boggle the mind – late night parties in dark parts of the wood blend seamlessly alongside political talks in the village hall, while Bearded Kitten, fresh from running the Temple at this year’s Glastonbury, promise the return of suicide sports – the audiences chance to build ridiculous contraptions they can then launch off the hillsides – alongside an on-site laundrette turned bar, an even bigger paint fight and a new area full of debauchery.

Secret Garden Party has always been about the arts and the creative side of events – with audience participation being the single most important factor. From dog competitions to pig racing and baptisms, the crew at Secret Productions have always been out to test, throwing audiences into an environment where they choose how much or how little they want to play.

With Sister Bliss and Public Service Broadcasting both testifying in the most recent Secret FM podcast, that they’d been attracted to the Garden by the testimonies of their friends, this year is set to bigger and better – as this weekend 30,000 flock to Cambridgeshire for a weekend to remember.