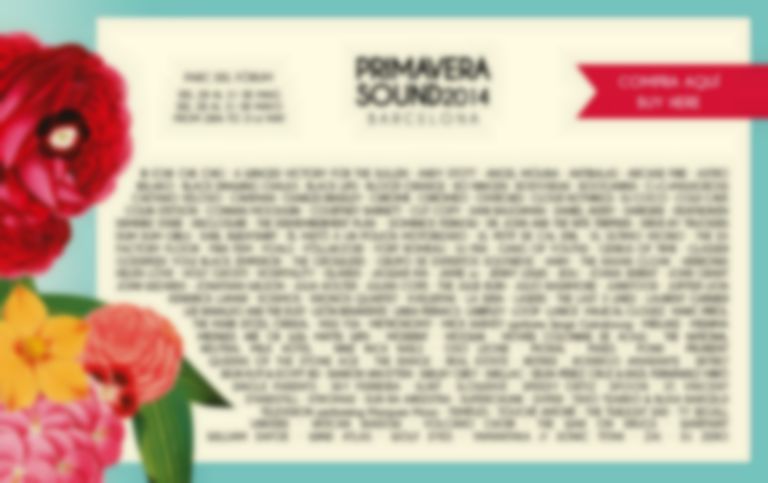 Spring is here and once again it’s time for thousands of skinny, bespectacled limeys to pack their SPF50 and emergency teabags and make their way to the nearest low-cost airline check-in desk. Scanning this year’s Primavera Sound line-up is an exhausting, yet exciting process – it positively bulges with quality and variety. The headliner selection has produced a eclectic bunch of heavyweights – from Kendrick to Nine Inch Nails, Pixies to Caetano Veloso, Godspeed You! Black Emperor to Neutral Milk Hotel. Not to say the line-up is top heavy though. Oh no. This year’s festival promises to give little respite from the onslaught of Damn Fine Music, as our picks below show.

No-one in their right mind would turn down a chance to see Mac Rebennack unleash his trademark voodoo boogie on a balmy Mediterranean evening. His recent-ish collaboration with Dan Auerbach of The Black Keys Locked Down was a stunning record and brought the Night Tripper back to the forefront of the musical consciousness. With a voice as quintessentially New Orleans as a steaming bowl of gumbo or a technicolor Mardi-Gras float, this one is simply unmissable. And fingers crossed for a number or two from his 1968 hands-down classic, Gris-Gris. Please, Doc?

Sun Ra may have passed over to another intergalactic dimension in 1993 (he would have turned 100 over the Primavera weekend actually), but his disciples show no sign of calling time on their addictive, free-jazz adventures. Led by 90(!) year old alto-saxophonist Marshall Allen, the Arkestra’s set could be one of the wildest we see all weekend.

To paraphrase Masterchef, music does not get sunnier than this. It also doesn’t get more like a hyperactive magpie, stealing odds and ends from anything it finds – overblown guitar solos, African percussion, white reggae – to build its nest. After witnessing some great early shows from John Withers’ expanded home studio project, I’m really excited to see how the boys from Cape Town have developed. Incidentally, if you can’t make it to Barcelona, don’t despair - the Wizards will also be gracing the Best Fit stage at Field Day with their presence in just a few weeks’ time.

This should be lots of fun. Earl, he of the slow-and-low-flow and easily the most talented member of Odd Future, can also put on a helluva performance. I for one can’t wait to hear the likes of the woozily epic, Neptunes-produced “Burgundy”, from last year’s excellent Doris, on full blast whilst I’m wearing shorts. Shorts, people.

Miles Whittaker and Sean Canty’s dark, sampledelic incantations as Demdike Stare has been bewitching London audiences for some time now. Canty’s involvement with crate-digging label Finders Keepers explains their seemingly infinite trove of sonic source material, but it’s their amalgamation with the squelching arpeggios and rattling drum loops of classic techno that makes them such an interesting prospect.

Former Bad Seed Harvey will walk the boards of the Auditori Rockdelux venue in support of Mute’s recent double-CD reissue of his two Gainsbourg covers albums (‘95’s Intoxicated Man and ‘97’s Pink Elephants). This should be much more than a Stars In Their Eyes-esque pastiche of the Frenchest Man Ever though, as Harvey brings both bruised tenderness and punk swagger to the booze-soaked exotica of the originals.

Dylan Baldi’s trio from Cleveland, Ohio enlisted John Congleton to produce their latest full-length Here and Nowhere Else, and anything to do with indie-noise gods The Paper Chase’s leader is fine with me. Cloud Nothings peddle the kind of fuzzy, fast and timeless indie-rock that will always go down with a bang at a festival like this. Expect sweaty bodies down the front.

Travis Morrison and company’s first post-reunion record Uncanney Valley, released last year, was quite some way from a classic. Trifling things like that matter little, however, when you find yourself drenching your neighbours with Estrella Damm as you maniacally bounce to the international criminal fantasy of “The Dismemberment Plan Gets Rich”. Or perhaps as you gently sway to heaping portions of perfect pop like “Spider In The Snow”. In fact the D-Plan have got, quite literally, millions of songs that could send the sun-drunk Primavera crowd into the stratosphere.

This year’s Worth made a lot of people sit up and take notice of Brooklyn-based Canadian Thomas Arsenault. No wonder - from the urgent synth-pop of “Why’ to “Shame” (where his histrionic vocals left bare electronics splattered with humanity) - it showed an uncommon range and polish for a debut indie release. Watching Arsenault alone on the stage, fighting to keep the machines in check should be an intriguing prospect.

Unabashed Nineties alt-rock revivalists Speedy Ortiz come to Primavera off the back of their ridiculously well received first album proper, Major Arcana. Sadie Dupuis’ excellent wordplay got them noticed, but the Brighten The Corners-esque mix of tension and melody in the instrumentation is just as captivating.