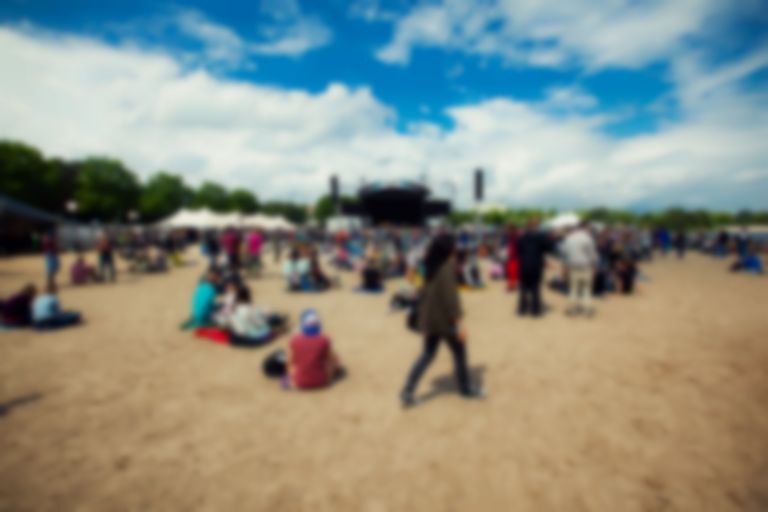 ​It takes most festivals several years to build up the clout to summon a line-up of the calibre that Best Kept Secret managed in last year’s inaugural edition - blending heavyweight headliners across several genres with a densely programmed bill of local and international acts.

​Hence why the Dutch festival has quietly but confidently established itself as a leading contender in a crowded European festival market - with a wonderfully unique, inviting identity & warm, friendly feel. Casting an eye over the gobsmacking videos produced in the aftermath of last year’s festival show off the beautiful landscapes that provide the visual soundtrack to the day’s festivities. And it doesn’t stop there - with a mouthwatering line-up dedicated purely to the culinary side of the festival (patatje kapsalon, anyone?), a beach, and a sensitively split main stage lay-out (a move used to great effect at this year’s Primavera Sound) meaning you’ll be able to catch something from all corners of the incredible line-up, the festival looks set to become a jewel in the summer’s metaphorical crown. The price is pretty irresistible too - with 3 day tickets (with camping) still available for under £120.

We’ve just about managed to contain our excitement for the festival into the below five acts - just a tiny handful from the vast array of delights on offer.

Amongst the crop of local bands heading to the festival are I Am Oak - the moniker of the collective surrounding Utrecht-based musician Thijs Kuijken. Their sound is beautiful pastoral, melding the rural earthiness of folk music with sumptuous melody and rich arrangement. With five records to choose from (plus the wonderful re-record of 2008’s Ols Songd), fans of Fleet Foxes and Bon Iver should look no further when sating their search for a great local band quota.

I have a wonderful image of somebody, somewhere getting frustrated with Dan Snaith (aka the brains behind Caribou) and saying - “Dan, it’s not rocket science!”. Because one of the things that he is able to do is rocket science. And pretty well it would appear, judging by his thesis on overconvergent Siegel modular forms from a cohomological viewpoint (nope, us neither). But, thankfully, Snaith & co. have returned from their projects (the excellent techno edged Daphni amongst them), to return to the collective whose take of textured electronica is unmatched by few - and it’s even more exhilarating live. I defy you to listen to their latest single, “Can’t Do Without You”, and not press repeat.

Fresh from their knock-out set headlining London’s Field Day this month, the band’s Love Letters tour proceeds to its next forwarding address. Any doubters left questioning about their recent jump into the biggest of leagues are rightly left speechless after a Metronomy show - as Joe Mount swirls through the batch of bonafide hits he’s quietly amassed over the last decade. Bags of fun, and piqued with their trademark tongue in cheek - resist their charm at your peril. If the songs don’t get you, the white suits will.

Engravings, the second record from Wirral-dwelling producer Matthew Barnes, was all too rightly hailed as one of last year’s most affecting records. The title felt all too apt - structures created at Barnes’ own pace (he struggles with tinnitus), intricately woven notches that struck deep with emotional density, blending recognisable sounds and atmospheres into his own, singular vision. His closing set at Best Kept Secret promises to bring the most accessible moments of this creation to the fore - bringing the festival to a haunting, powerful conclusion.

Elbow have headlining festivals hard-wired into their DNA - after a decade peddling their songs in exile, they finally struck upon a magic formula able to strike the balance between their intimate, gritty honesty and knack for an anthem. The result is a hugely enviable back catalogue to pluck from, and a stage presence honed to perfection. Their new record this year, The Take Off And Landing Of Everything, proves them to be punching in higher and higher weight categories - and when they headline Glastonbury next time around (you heard it here first), the cloudbusting euphoria levels will be not just spectacular, but truly well earned.

Best Kept Secret runs this weekend, from the 20 - 22 June. Check out trailers showing off the festival below at their YouTube page here. For a sense of the festival’s landscape, and the incredible food on offer, head here. And most importantly - head here to pick up your tickets! The full line up can be found on the poster below: