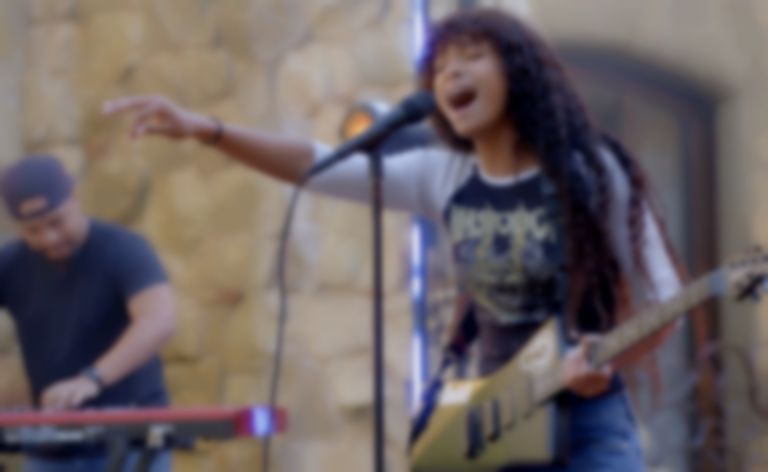 The wholesome performance, which featured in Red Table Talk's latest episode yesterday (5 May), saw Willow Smith reunite her mum's old band Wicked Wisdom to perform their "Bleed All Over Me" song.

Smith says of Wicked Wisdom in the video, "When I was, I want to say about three or four, I went on tour with my mom and her band, Wicked Wisdom. Wicked Wisdom was lit. This is the music that I grew up around. My mother was Superwoman, she was a rockstar, she was a warrior, and a nurturer all in one. So unapologetically badass. I remember being on the tour bus with Jaden when I was six or seven and we got the opportunity to clean the bus. That was one of the most, like, purely exciting experiences. I was my mom’s biggest fan. Every night I wanted to ride on the security guard’s shoulders and watch her perform. She was a rockstar and I was living for Wicked Wisdom. I felt like it was only right for me to pay homage to a time in her life because she showed me what womaning up really is about. So for Mother’s Day I’m about to reunite with some of my mom’s old band members to do one of my favorite songs by my mom, which is called "Bleed All Over Me". She’s gonna be floored. I’m really excited about it."