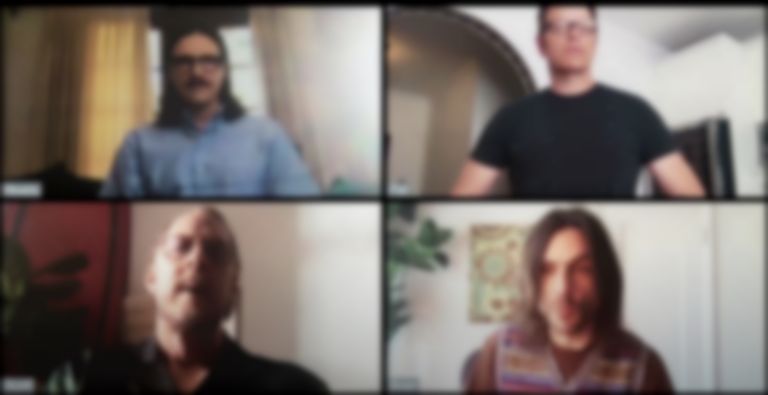 Yesterday (10 June) Weezer debuted new song "Tell Me What You Want" during Summer Game Fest, and one of the verses features a diss aimed at Pitchfork.

Weezer performed the new song as part of the livestreamed Summer Game Fest yesterday (10 June), and today the new song has gained an official release to coincide with the launch of a new level on the Wave Break game called Weezy Mode.

The new song follows the release of Weezer's AJR collaboration "All My Favorite Songs" last month, and sees Weezer fire some shots at Pitchfork in the first verse, when Rivers Cuomo sings, "This is a message that my manager wouldn't approve / After this song, he'll have a lot of cleaning up to do / Don't be influenced by an office full of dorks / I won't mention any names [cough cough] Pitchfork."

Premiering their brand new song “Tell Me What You Want” from @WaveBreakGame, this is @Weezer! #SummerGameFest pic.twitter.com/SBVvTGiAeR

"Tell Me What You Want" is released as a stream-safe song, which means streamers can play the song without being flagged for copyright.

Weezer's "Tell Me What You Want" song is out now.