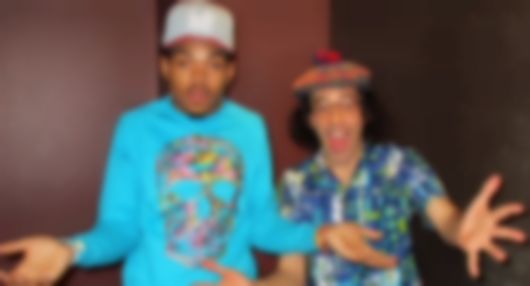 Tartan-toting king of the interview game Nardwuar has found his latest subject in Chance The Rapper, one of the most lauded breakthrough artists of the year.

John Ruskin – better known by his legal name Nardwuar the Human Serviette – cornered the young Chicagoan (in Vancouver, British Columbia, Canada, of course) to talk about owning tobacco fields in North Carolina, smelling Obama, and vomiting on Kendrick Lamar. As ever, Nardwuar presented his guest with a range of bafflingly insightful gifts of vinyl records, which this time around included the debut Jamiroquai album, and a compilation of acid jazz from 1991.

The clip was posted on the YouTube account of iamOther, the new project for “Thinkers, Innovators and Outcasts” from former Nardwuar interviewee Pharrell Williams.

Watch the video below: