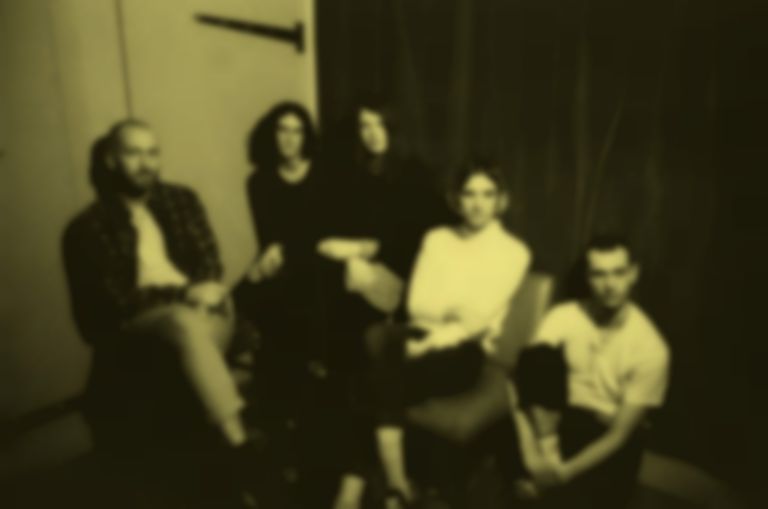 Ulrika Spacek have announced Modern English Decoration, the follow up to awe-striking debut The Album Paranoia, and shared a brand new single.

Recorded, produced, and mixed entirely in the band's shared house (a former art gallery), Modern English Decoration is the very essence of who Ulrika Spacek have come to be.

"This record was made in various rooms in our house, predominantly in the living room," the band's Rhys Edwards illustrates. "Every part of the album reflects this, from the title to the setting of the lyrics. Doing everything ourselves is not just necessary: it’s important to us, as it allows us to truly create our own world."

Creating their own world is no easy undertaking, but the group take every challenge in their stride. "We enjoy listening to music through the album format and want our records to reflect that," Edwards adds. "Though we may explore this in the future, our records are not 'jam' records. We’re fans of collage based art, and create music in the same way."

"Mimi Pretend" is the first taste of the new record, with layered refrains and echoing chimes offering up a rich tapestry ripe for exploration. Opening the album, the track is a gateway into the setting Ulrika Spacek have created for themselves.

"We started making this record as soon as we finished our first," Edwards recalls. "Like our debut, we started with Track One on the album and went from there. Making a batch of songs then ordering them after they’re all finished isn't something we have much interest in."

Ulrika Spacek perform at London's Sebright Arms on 8 March before opening for Slowdive at Glasgow Art School on 27 March and Liverpool Arts Club on 28 March.

Modern English Decoration is released via Tough Love on 2 June and is available to pre-order now.