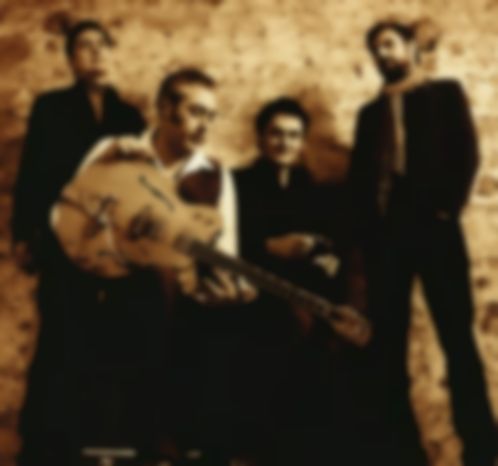 2013 is a landmark year for Nottingham indie-rockers Tindersticks and what better way to mark the this year than by releasing their 20th anniversary album Across Six Leap Years.

20 years since their self-titled debut has seen the band release nine studio albums, music composed for films, museums, fashion shows and installations, world tours, lost desire, split ups and rearrangements until finally they rekindled their passion for music and reformed in 2008 with The Hungry Saw. They last released a record just last year with The Something Rain, however, the group wanted to produce something to mark their anniversary year and represented their music history.

Across Six Leap Years is the Nottingham threesome’s 10th studio album to date and includes 10 new versions songs from their back catalogue.

“Recording these songs again was not so much about righting past mistakes or inadequacies, but more about the power of now. It’s something that’s been growing since the film shows, something that made us recognize how we feel now, and connecting that to our past feels important.”

A behind the scenes short film by David Reeve about the recording of Across Six Leap Years can be viewed beneath: