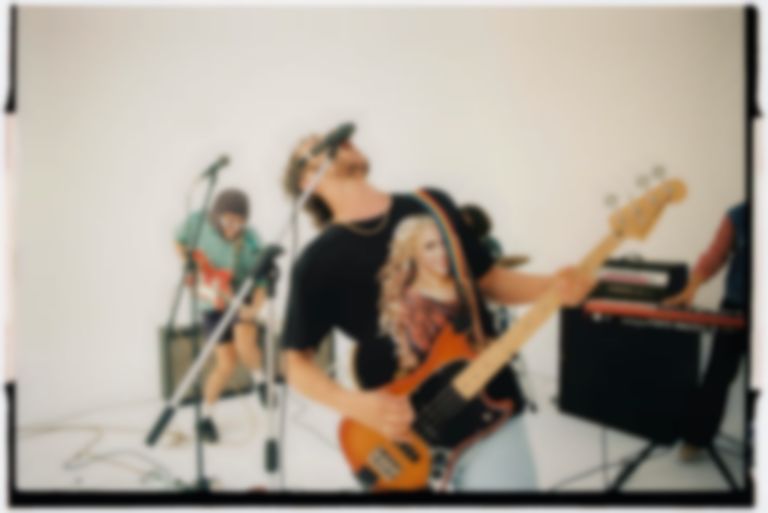 Madrid's The Parrots have unveiled new cut "Amigos" as a final preview of their second album Dos before it lands in full on Friday (29 October).

"Amigos" is the fifth and final preview of The Parrots' Dos album before it drops on Friday, following earlier singles "It's Too Late To Go To Bed", "Lo Dejaría Todo", "You Work All Day And Then You Die" and C. Tangana collaboration "Maldito".

Speaking about the single, which is accompanied by a Felix Bollain-directed video, the band say, "This year has been a rollercoaster, going from the bottom to the top and fulfilling dreams, like finally releasing this second album. In the way we’ve met lots of people, some stay and some leave or you just stop sharing stuff with them, but there will always be a place in our hearts for our friends. We wrote this song for all our FRIENDS, the ones who are there, the ones who are yet to come and the ones who will never come back. Together, stoned in the sun, you and me."

The Parrots said of Dos in July, "Most of the album was recorded in Wilton Way Studios in Hackney in periods between summer 2019 and the start of 2020. Because of lockdown, it ended up getting finished in Madrid with Harto Rodriguez. Recording at home was really nice because it meant we could call on some of our very talented friends to join us in the studio. Most of the record was written before the lockdown but that unexpected pause in all of our lives made us rethink some of it and finish bits off in a different way. Also, when we knew we couldn’t go back to London to finish it, we decided to invite a lot of our friends back home to the studio. That made recording feel almost like a celebration. Everyone we knew was fine; even with the global pause we could still find the bright spots and stay together."

"Amigos" is out now. The Parrots' Dos album will land via Heavenly Recordings this Friday (29 October). They'll play London's Moth Club on 28 January 2022. Tickets are on sale now.