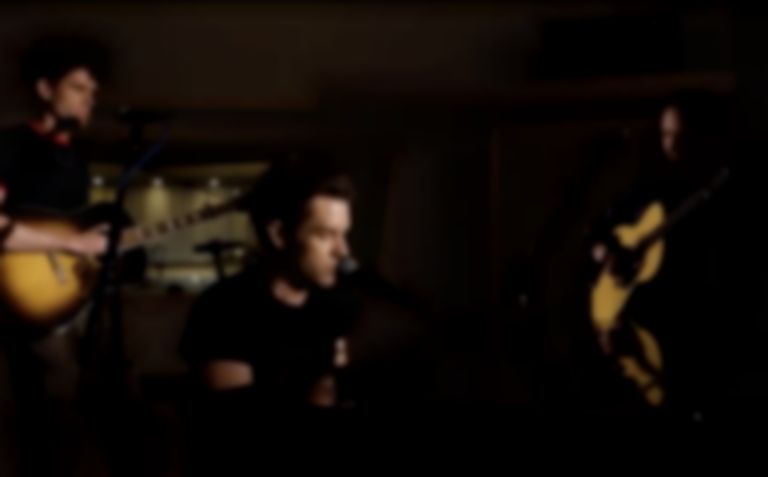 The Killers and Bruce Springsteen have confirmed an upcoming collaborative single that appears to be titled "Dustland".

Yesterday (10 June), during a conversation on SiriusXM’s E Street Radio with hosts Dave Marsh and Jim Rotolo, Springsteen revealed that a new collaboration with The Killers would be arriving as early as next week. He said, "It’s [Brandon] and I with the band. We have done something that is going to come out soon, in a week or so."

Shortly after, The Killers echoed The Boss' announcement on Twitter, with what appears to be the artwork for their upcoming collaboration, potentially titled "Dustland".

Their upcoming collaborative single will mark The Killers' first new music since releasing "C'est La Vie" in January from the deluxe edition of their Imploding The Mirage album. It'll also be Springsteen's first outing since featuring on Bleachers' "Chinatown" song last November.

The Killers and Bruce Springsteen are yet to announce a release date for their new song.