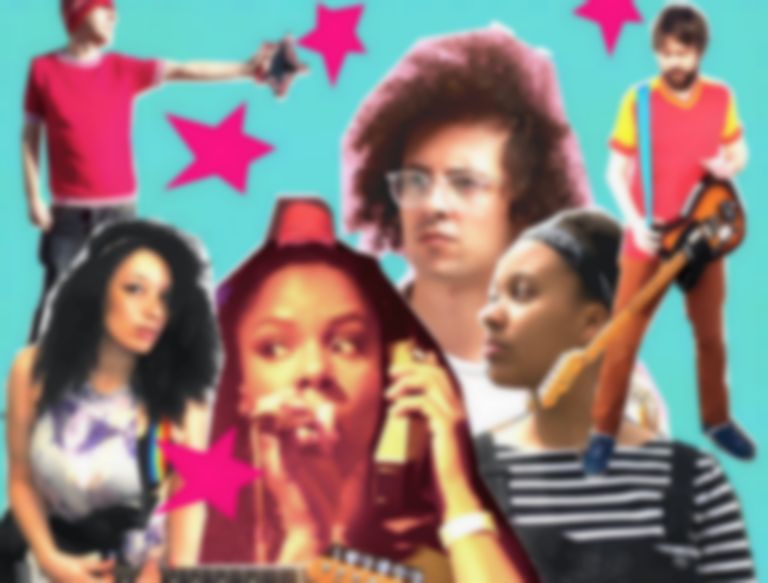 The Go! Team are back with details of their sixth album Get Up Sequences Part One, and have released the closing track "World Remember Me Now" to accompany the announcement.

"World Remember Me Now" is the group's first single of 2021, and closes their upcoming sixth album get Up Sequences Part One, which will also feature last year's "Cookie Scene" single.

The Go! Team's songwriter Ian Parton says of their new outing, "I’ve always been interested in people’s daily routines - what people do all day. It was written ages ago but has become strangely relevant to the world now. It’s easy to feel forgotten at the moment."

Get Up Sequences Part One will follow the band's 2018 album Semicircle.

While recording the album, Parton experienced hearing loss. He explains, "I lost hearing in my right ear halfway during the making of this record. I woke up one Thursday in October 2019 and my hearing was different in some way - it fluctuated over a few weeks and at one point everything sounded like a Dalek. I seem to remember listening to music was bordering on unbearable. Over time it settled into just a tiny bit of hi end being audible on my right side. I thought the hearing loss was from playing music too loud over the years but it turns out I was just unlucky and it was a rare condition called Menieres. It was traumatic to keep listening to songs I knew well but which suddenly sounded different and it was an odd juxtaposition to listen to upbeat music when I was on such a downer. The trauma of losing my hearing gave the music a different dimension for me and it transformed the album into more of a life raft."

"World Remember Me Now" is out now. The Go! Team's Get Up Sequences Part One album will land via Memphis Industries on 2 July, and is available to pre-order now.