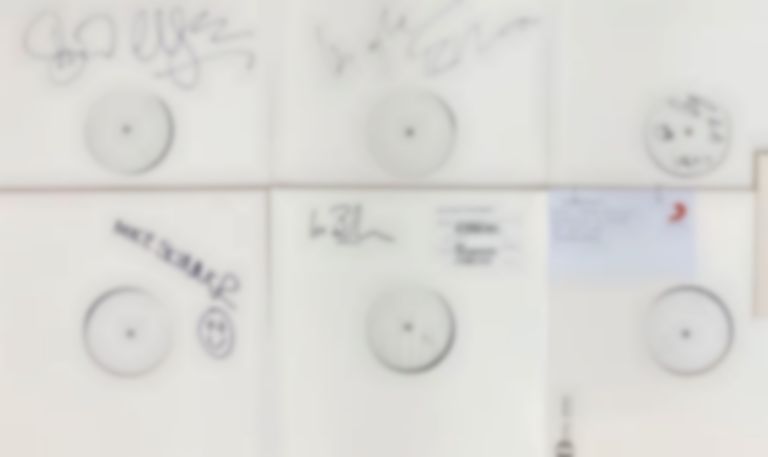 Albums from The Beatles and George Michael are the latest additions to National Album Day's 'white label' vinyl auction taking place this week.

A test pressing of The Beatles' 2019 50th anniversary edition of Abbey Road has been donated to the National Album Day auction by Paul McCartney and Apple Records.

The original test pressing of George Michael's 1987 debut solo album Faith has also been added to the auction list.

Earlier this month the 'white label' vinyl auction was announced by National Album Day to raise money for the BRIT Trust.

The auction will include over 300 'white label' test pressings up for auction, including classics from David Bowie (Decca), Sex Pistols (Never Mind The Bollocks and others), Eric Clapton (Slowhand), Dusty Springfield (Dusty in Memphis), and The Specials (The Specials – signed).

Alongside the classics, there will also be more recent records up for grabs, including a signed copy of Ed Sheeran's No.6 Collaborations Project, Liam Gallagher (As You Were), Coldplay (The Butterfly Package – signed), Paul Weller (Stanley Road), Biffy Clyro (Balance Not Symmetry), Arctic Monkeys (Tranquility Base Hotel + Casino), Kylie Minogue (Step Back in Time), Foals (Everything Lost Will Not Be Saved Part 1), Anna Calvi (Hunter), and more.

Johnny Chandler, Catalogue A&R Director at UMC, who came up with the auction idea, says, "It’ll be wonderful if, by auctioning these rarities, we can raise funds to support the amazing work of The BRIT Trust, whilst celebrating the ‘art of the album’ through National Album Day. If all goes to plan I hope as long as interest in vinyl continues, the industry can make this auction a regular event."

Funds from the auction will be donated to the BRIT Trust, which promotes education and wellbeing through music.

The 'white label' auction will take place on 5 October from 11am BST via omegaauctions.co.uk. National Album Day takes place on 12 October.