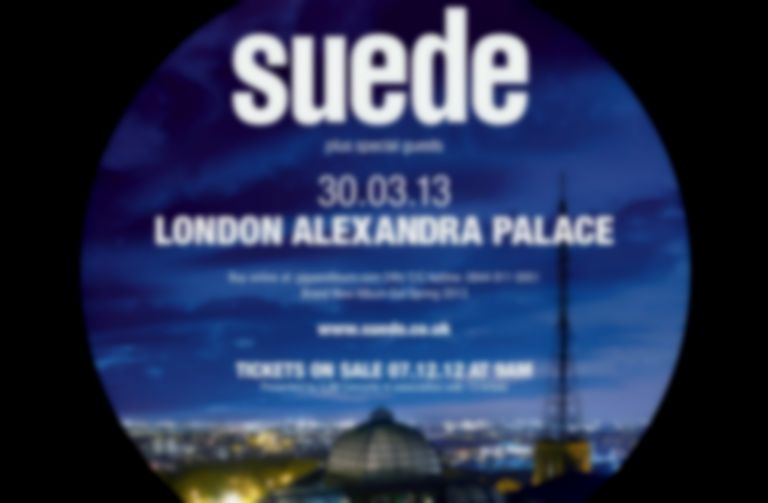 Suede have announced they’ll return for a one-off London gig in March 2013, followed by an album release in the Spring.

The group will play the capital’s Alexandra Palace on 30 March 2013, with a yet-unnamed new record confirmed for around then also.

Over the weekend, the group began to post a countdown on their Facebook page and website to the announcement, with pieces of a picture puzzle being taken away each day.

All indicators seemed to be pointing at an upcoming London show and album release during Spring 2013, and now this has been confirmed.

The band, fronted by Brett Anderson, last released a record in 2002 before splitting up.

They formed again back in 2010 for a series of live dates.

Tickets are on sale this Friday (7 December 2012), with more info here.